The 16 companies headquartered in Yorkshire include six new entrants to the league table and five companies which can trace their history back more than a century. These regional stars have grown their international sales by an average of 75% a year over the last two years to a total of £550m. Together they employ more than 10,400 people.

The region’s top-ranked company is the York-based Saville Group (No.6), founded in 1876 as a photo developer by chemist John Saville. It has since evolved into an audiovisual specialist that both produces live events, and supplies conferencing technology for corporate clients who need to communicate between international offices. It grew its international sales by 166% pa to £4m, on total sales of £42.1m, in 2017.

The companies in Yorkshire appear alongside well-known British brands, including BrewDog, now valued at over £1bn; and Charlotte Tilbury Beauty, founded by the Hollywood make-up artist. Others are connected to star names, such as Bulk Powders, which counts boxing champion Anthony Joshua among its athlete ambassadors. This year is the 10th anniversary of International Track. Alumni stars include Aston Martin, Specsavers, Fever-Tree, and Lush – which featured on the first league table in 2010 with exports of £151m, and which have now hit £300m.

The league table programme is sponsored by HSBC, DHL Express and Oracle NetSuite, and compiled by Fast Track, the Oxford-based research and networking events firm.

Amanda Murphy, Head of Commercial Banking, HSBC UK, said: “We at HSBC UK are delighted to back The Sunday Times International Track 200 again this year. All the businesses it showcases have truly inspiring stories to tell about creativity, resilience and ambition to succeed. The 16 companies in Yorkshire are putting the region firmly on the map. They are the kinds of enterprises we are thrilled to support and that provide the backbone of our economy, today and tomorrow.” 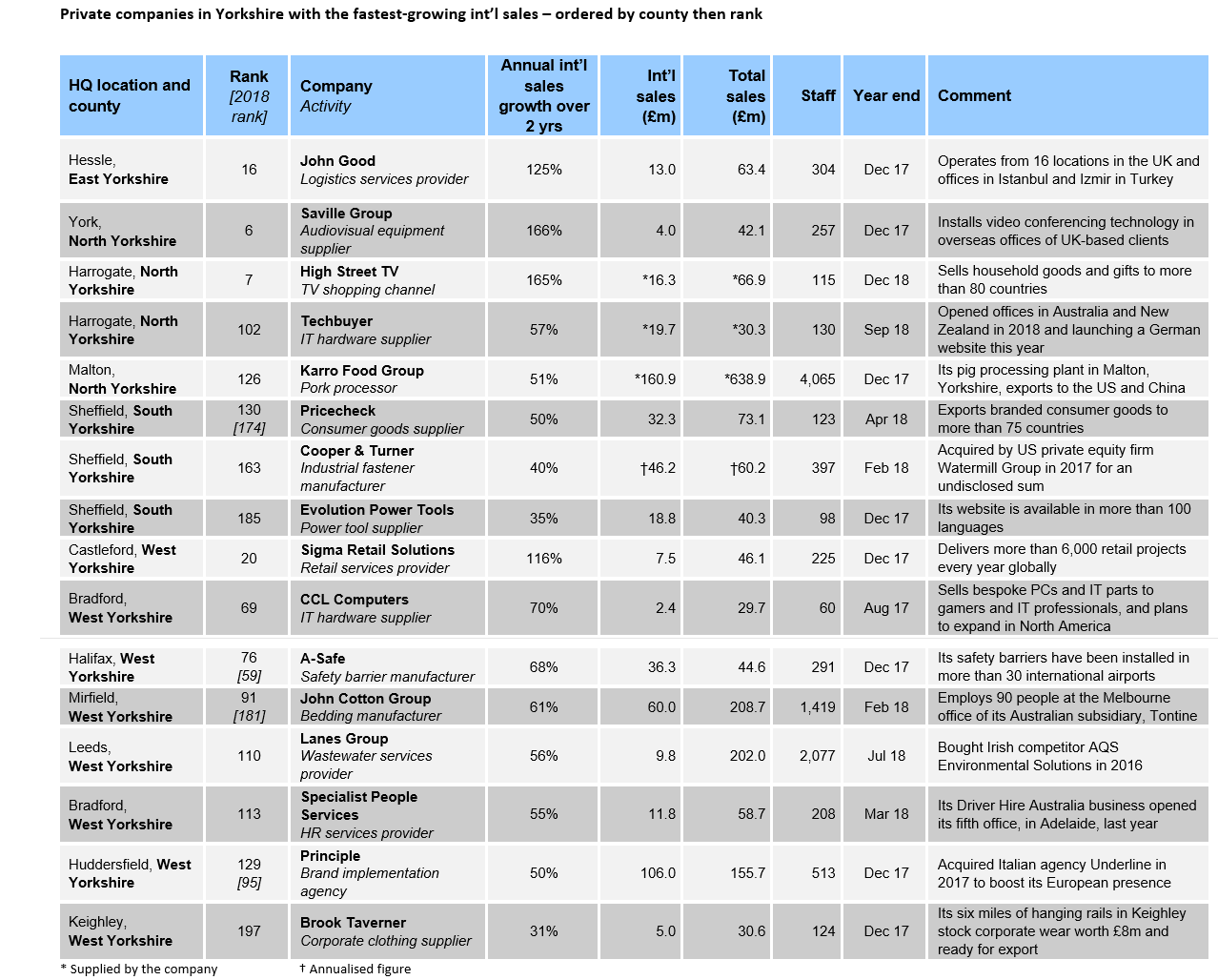 The average international sales growth for the 200 companies was 69% a year, to a total of £14.1bn on combined total sales of £30.9bn. Together they employ 140,000 staff, having added 38,000 employees to their combined workforce over the period.

London is the most popular location for company headquarters with 68, followed by the southeast (42), the Midlands (16), and northwest (21). There are 20 companies in the northeast, including Yorkshire. Of the remainder, 13 companies are based in the southwest, six in the East, six in Scotland, five in Wales and three in Northern Ireland. 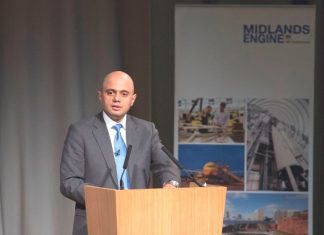 Dominic Cuthbert - 17th January 2020
Join Streets Chartered Accountants to break down the March 11 Budget and find out what it means for business going forward. On Wednesday March 11,...