Libertine, which set up its new HQ recently with £650k of funding in a round led by the Northern Powerhouse Investment Fund, will use the space to advance its Linear Power Systems technology by establishing product development and testing facilities.

The company has agreed to lease 6,610 sq ft plus 930 sq ft of first floor office at EV Waddington’s second phase of development at the popular park, close to junction 34 of the M1 motorway, which will see the creation of 110,000 sq ft of space designed for SME occupiers.

Rebecca Schofield, partner at Knight Frank, said: “The first six units at Vantage Park are complete and the first letting of Unit One to Libertine is indicative of the levels of occupier interest from the technological manufacturing sector that we are witnessing across the Sheffield City Region.

“The interest we are seeing in Vantage Park is strong and as with much of the region’s industrial property market, is testament to the labour available to businesses looking to locate in South Yorkshire, which is not as readily sourced in some of the traditional Midlands industrial locations.

“EV Waddington is constructing 15 units of mixed sizes able to accommodate 4,785 to 35,555 sq ft on this popular site, which will complement the existing 70,000 sq ft of well attended space at phase one, home to businesses such as Ventilation Direct, Maxwell Chocolates and M J Wilson.

“Aside from the Libertine deal, two other units at phase two are under offer and we anticipate making further announcements in due course.”

Both phases of the Vantage Park development have been part financed by the ERDF as part of the European Structural and Investment Funds Growth Programme 2014-2020.

Libertine’s finance package was delivered as the first investment by NPIF – Enterprise Ventures Equity Finance within the Sheffield City Region.

Libertine works with customers in the power and transport industries to commercialise electrical power generator products known as free piston engines, in which the crankshaft is replaced by a linear electrical generator.

This creates an engine which makes improved use of renewable fuels like biogas and bioethanol, to potentially produce a third more power from the same amount of fuel. Libertine plans to make the free piston engine a leading format for small-scale ‘on demand’ distributed power generation.

Libertine was founded by CEO Sam Cockerill, an engineer with a background in the biofuels industry, and CTO Ed Haynes, who worked at the Williams Formula One team.  The company currently employs eight and expects to double its workforce in the year ahead. 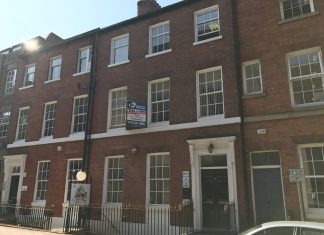