In the face of an increasingly uncertain outlook over the UK’s relationship with the EU, financial services firms have continued to relocate staff and assets away from London to Europe, in a bid to protect their clients and investors from the impact of any Brexit outcome.

As of 30 November 2018, 36% (80 out of 222) of the companies monitored in EY’s Financial Services Brexit Tracker had publicly confirmed, or stated their intentions, to move some of their operations and/or staff from the UK to Europe – increasing from 31% (68/222) over the last twelve months. For universal and investment banks, wealth and asset managers and the insurance sector, that number jumps to 48% of firms (68 out of 143).

Over half (56% or 27 out of 48) of the universal banks, investment banks and brokerages monitored by the Brexit Tracker have said they are considering moving or have confirmed that they are moving some of their operations and/or staff. This compares to 44% (25 out of 57) of wealth and asset managers and 42% (16 out of 38) of insurers and insurance brokers.

In aggregate, 30% (67 out of 222) of firms monitored by the Brexit Tracker have now confirmed at least one location in Europe to where they are moving, considering moving, or adding staff and/or operations, up from 25% last quarter. Dublin attracted six and Paris attracted five more FS companies from September 2018 to the end of November 2018.

Omar Ali, UK Financial Services Leader at EY, comments:
“In anticipation of the Parliamentary vote in January, the City will be watching closely to see if the proposed Brexit deal will be accepted or whether it’s back to the drawing board for the Government. As things stand, and per regulatory expectations, financial services firms have no choice but to continue preparing on the basis of a “no deal” scenario.

“The City is further ahead in implementing its Brexit contingency plans than many other sectors and our numbers only reflect the moves that have been announced publicly. We know that behind the scenes firms are continuing to plan for a “no deal” scenario. The closer we get to 29 March without a deal, the more assets will be transferred and headcount hired locally or relocated. Inevitably, the contingency plans are for Day 1 only, and in the event of “no deal” will represent the tip of the iceberg as longer-term plans will be more strategic and extensive than those publicly announced to date.”

Relocations and hires
The number of jobs that could relocate from London to Europe in the near future stands at just over 7,000, according to the tracker.  This is a fall from previous public pronouncements due to some companies “fine tuning” their projections and revising down their estimates, as well as deciding to hire certain roles locally on the continent. Since the Referendum, EY’s Financial Services Brexit Tracker estimates around 2,000 new European roles have been or will be hired locally by financial services companies in response to Brexit.

Since the EU Referendum, 20 companies have announced a transfer of assets out of London to Europe. Of those which have stated they intend to transfer assets out of the UK, eight are investment banks, six are insurance providers, and five are wealth and asset managers. Not all firms have publicly declared the value of the assets being transferred, but out of those that have given a value of the assets which could move, EY’s Brexit Tracker analysis suggests a conservative estimate of around £800 billion so far. This number is still modest given total assets of the UK banking sector alone is estimated to be almost £8 trillion but may become larger as we move towards Brexit.

From September 2018 to the end of November 2018, nine companies have announced that they will be implementing product adjustments in light of Brexit. These include transferring customer insurance policies to new European subsidiaries and setting up European fund ranges. Two retail banks have recently announced that they will set aside specific funds to help clients and extra money to help manage Brexit.

Omar Ali concludes:
“Deal or no deal, financial services companies’ main priority is to protect their customers and investors from any post-Brexit fall-out and operational decisions are following a “prepare for the worst, hope for the best” strategy. Whilst roles will no doubt move from the UK, many firms are only moving those employees deemed essential and are hiring locally given the expense of relocation.” 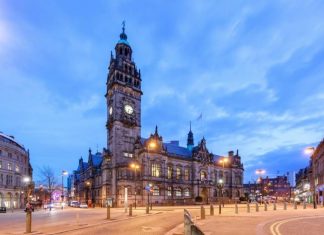