Three new appointments, including an associate director, have been made by Yorkshire property and construction consultants, LHL Group.

He joined LHL Group, which has its head office at The Chocolate Works, York, with a BSc (Hons) Building Surveying from Heriot-Watt University, Edinburgh, and qualified in 2015.

Among schemes he has supported are Bridgehead Business Park, Hull; Fruit Market regeneration, Hull; a new-build office and workshop in Market Weighton and the continuing redevelopment and modernisation of Thorp Arch Estate near Wetherby.

He says: “I am very much looking forward to becoming further involved in the business and developing new and existing clients across the region with interesting and exciting projects.”

Jake Currie joins as a trainee building surveyor in the residential, commercial, and professional services sectors.

Richard Jobling, who has a masters in Building Surveying from Sheffield Hallam and holds AssocRICS and RICS Registered Valuer accreditation, has joined the LHL Group residential team, led by director, Matthew Ward, as a building surveyor.

LHL Group managing director, Richard Hampshire, says: “We are delighted to be continuing to build a young and dynamic team at LHL Group as demand for our services continues to grow in spite of economic uncertainty over Brexit.”

LHL Group, which has 33 staff and works on a wide range of commercial, residential, industrial and heritage projects throughout the North, has offices in York, Hull, Harrogate and Doncaster. 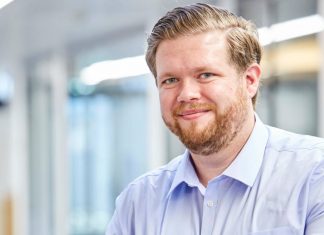