The success and impact of the Northern Powerhouse agenda is being undermined by austerity from the government, according to think tank IPPR North.

The think tank have recently published new independent analysis of the impact the Northern Powerhouse agenda has had on the region in the five years since it was first launched.

IPPR North researchers are now calling for central government to devolve power and resources to the North of England “so that the region, and the nation, can prosper”.

They argue that the Northern Powerhouse remains an important agenda, and they point to some successes including 5 new metro Mayors and the creation of Transport for the North which has brought forward a £70 billion investment plan.

But they also found that The Government’s policy programme of austerity has undermined the economy of the North.

For example, the Northern Powerhouse has proceeded against a backdrop of austerity- since 2009/10 the North has seen a £3.6 billion cut in public spending, while the South East and the South West saw a £4.7 billion rise, in real terms (London also saw a cut however, but by less at £256 million).

Because of these factors, and longer-term changes to policy and the wider economy, the North has seen several negative trends over the last five years.

Despite this, the Northern economy has shown signs of improvement and these are the foundations upon which a new phase of the Northern Powerhouse, led by and for the North, could be delivered.

Luke Raikes, Senior Research Fellow at IPPR North, said: “All of England’s regions have serious economic problems – including our capital. Power and resources are hoarded in Westminster and people in all corners of the country miss out.

“That’s why the Northern Powerhouse agenda is important. If we work to power up the North, we can build a fairer, stronger economy for the whole of the UK.

“The North of England must now be a political priority, and the government must go further with devolution and investment to the region”.

Sarah Longlands, Director of IPPR North, added: “The Northern Powerhouse agenda has helped to build momentum around the need to address the UK’s unacceptable regional inequalities.

“But it’s clear from our independent analysis that it has failed to tackle fundamental challenges like child poverty, insecure work and poor health.

“If the agenda is to survive, and if we are to build a region, and a nation of prosperity, then the next phase of the Northern Powerhouse must go beyond the rhetoric.

“A better North is possible but it requires a proper long-term, resourced plan for change which works in the interests of people right across the North.” 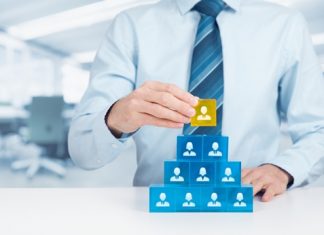 Dominic Cuthbert - 10th February 2020
Over a third (36%) of UK employees say they have never had any contact with their CEO, according to international research from global software...