UK businesses are warning that recent Brexit uncertainty has significantly affected their sales and investment plans over the last few months, a new CBI survey says.

273 firms across the services, manufacturing, and distribution sectors took part in a survey assessing how ongoing Brexit uncertainty has affected various aspects of their business and what concerns them about a potential ‘no deal’ Brexit scenario.

Less than one month before the UK is set to leave the European Union, firms believe:

Commenting on the findings, Rain Newton-Smith, CBI Chief Economist, said: “With Brexit stuck in stalemate, this only means growing damage today and a weaker economy tomorrow. Growth is at a near standstill and investment is evaporating; the economy is undoubtedly slowing down.

“Businesses are getting on with the day job and continue to show genuine resilience in the face of recent uncertainty.

“But the spectre of no deal is holding them back from investing in new factories, new overseas markets and new jobs.

“No deal would unleash a minefield of consequences that cannot be circumvented by mini-deals and last-minute horse-trading. Holding out for unicorns will guarantee no deal. Only backing a deal will take business uncertainty off boiling point.

“MPs must put jobs and the UK’s economic wellbeing before dogma and finally agree a way forward. Get behind the Prime Minister’s deal, but if you can’t, then get behind something else fast, to protect communities and living standards.” 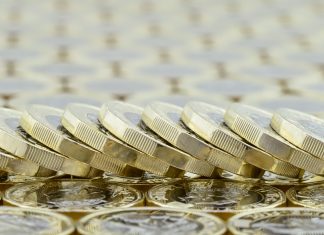 18th May 2020
One in two small and medium-sized businesses (SMBs) do not think the latest government guidance will be significant in helping to boost sales, according...