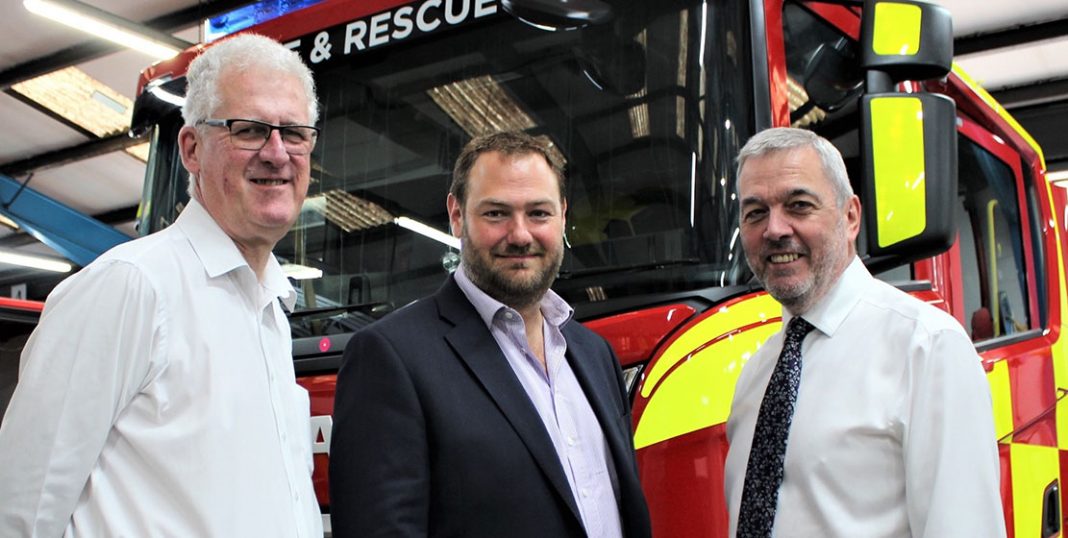 The UK’s oldest manufacturer of fire vehicles is readying itself for the biggest recruitment drive in its 54-year history, as the team prepares for its largest ever period of growth.

Established in 1965, Batley-based fire fighting and rescue vehicle specialist Angloco has already doubled production levels in the last 18 months, which sees 2017-18 turnover of £13m look set to rocket to £25m by the end of 2020.

But with the uplift showing no sign of slowing, the 90-strong team now needs at least another 12 employees by December 2019, with more vacancies undoubtedly on the horizon for the following year too.

A key trigger for the sharp growth was winning a number of new long-term multi-vehicle contracts, for example from Essex Country Fire and Rescue back in 2014. Until that point, Angloco – which designs and builds its own products – had concentrated on specialist or one-off vehicles for the UK and export market. But the first ‘long run’ of water tender appliances for Essex has gone on to see the team design and manufacture 59 units for that Service, over the last four years.

With longer runs of ‘standard’ equipment now a mainstay of the business alongside ongoing specialist one offs, all eyes are now on staffing levels to enable Angloco to increase momentum and production capacity.

“We’re lucky to boast a loyal, talented workforce,” commented managing director Alistair Brown – who joined Angloco as business development manager in 2004 before taking the helm in 2017. “In fact, 39 people have been with the company for more than ten years.

“But as a fast-growing and dynamic business, we need to significantly boost the team. We’re therefore currently looking for skilled individuals to join our design, production and service departments, and will also consider untrained but bright, capable people who are ready to learn.

“There’s an immense amount of pride associated with building a fire engine. For many of our team, these vehicles are works of art. And to know they’re leaving our HQ in Batley, to go on and save lives around the world, is incredibly fulfilling.”

Angloco has also recently acquired a majority shareholding in Mist-Tech. This Polish company is the brains behind an innovation which allows fire and rescue services to extinguish blazes using miniscule water droplets without the need for the ultra-high pressures typically required. The significantly reduced water consumption saves costs and helps protect the environment.

“Angloco has grown organically, which is something we’re particularly proud of,” continued Alistair. “We’re entirely self-funded with no external investment, and in the past three years we’ve taken the business into a whole new chapter. We’re now an iconic British brand and we have a promising future.”

Angloco now supplies all UK Fire and Rescue Services with vehicles and equipment, and has exported to 70 overseas countries to date. Alistair’s father, Bill Brown, joined the business as a trouble-shooter in 1973, before buying shares, managing the company into the 1980s and taking it into family ownership in 1986.

Alistair added: “This is an ideal time to join a growing team and to quickly learn new skills in an incredibly rewarding and friendly environment.”

A Yorkshire-based tech firm has partnered with a workplace health specialist to launch a digital assessment programme to support staff health and wellbeing. The move...
Read more