Britain’s Chief Financial Officers (CFOs) and Financial Directors (FDs) expect automation to be pivotal to their businesses and employees’ development in the coming year.

87% have automated a key business process during the last year and one in five (21%) CFOs view automation as their most important investment priority during the next five years. Two thirds of FTSE100 companies prioritised automation during last year.

In the first of a series of CFO surveys, BDO spoke to 200 CFOs and Financial Directors across Great Britain to understand how important automation is to their business. The report, New Economy: Investing in Automation, shows that 9% of their allocated budget is dedicated to automation.

A third of businesses (31%) have already introduced artificial intelligence (AI) into their day-to-day operations, while a quarter of businesses (24%) make use of robotics.

While one in five (22%) finance heads support the view  that automation poses a threat to job security, a similar number (21%) believes more jobs will be created. They predict automation will provide new growth opportunities for businesses, requiring a larger number of workers to facilitate its development. 39% of finance heads have invested in further training to equip staff to make the most of automated processes and ensure productivity levels are high.

Tony Spillett, Head of Technology & Media at BDO, says: “Automation is already having a transformative impact on businesses up and down the country. How leaders approach it in the coming years will be crucial both for their own businesses as well as society more broadly.

“While some caution is required, particularly given the potential for physical and financial upheaval, all businesses, no matter their size, sector or structure, must come to terms with the role it will play in our future and explore the opportunities it can bring.

“What’s clear is that many companies are only just getting started and are taking an open-minded approach. It’s important to recognize that investing in automation can provide not just greater capabilities for the business as a whole, but greater opportunities for employees – with expanding skillset and knowledge.”

Whilst investment in automation is happening across all regions and sectors in the UK, BDO uncovered certain trends: 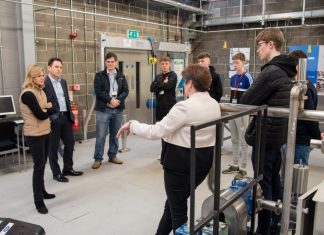