Construction has begun on a £16 million development in Hull, the largest of its kind in the city for more than half a century.

The development will feature a new head office for safety business Arco, securing the company’s future in Hull and providing a platform for further growth.

The start of building work also marks a major milestone in the £80 million rejuvenation of the waterfront Fruit Market area, which is being transformed in one of the North of England’s most significant urban regeneration projects.

The Arco building will be the largest new-build office development for a dedicated user in the Hull area since the late 1960s and one of the biggest and most prestigious head office schemes currently taking place across the North of England.

It has been supported with a grant of £1m from the Humber’s Local Growth Fund allocation through the Humber LEP’s Growing the Humber programme of business investment grants.

The construction project will also include a 350-space multi-storey car park, offering contract and pay and display spaces, to support Arco and its colleagues and the continued growth of the area as a magnet for business investment and visitors.

Later stages of development on the site will feature 34 residential units and 3,000 sq ft of retail/leisure space to continue the reinvention of the Fruit Market as a thriving urban village.

The scheme marks the latest major chapter in the exciting rejuvenation of the waterfront district being led by Wykeland Beal, the regeneration company formed by commercial developer Wykeland Group and house builder Beal Homes, as part of the Fruit Market LLP joint venture with Hull City Council. 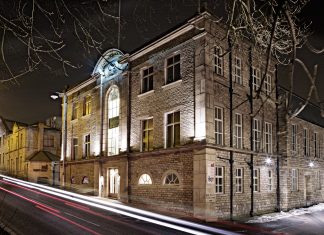 Latest collaborator for Sheffield’s AWRC ahead of official opening