Residents and businesses can have their say on plans which could guide future developments on the former Bootham Park hospital site.

The former hospital site, which includes a series of Grade 1 and 2 listed buildings, is back on the market after a sale fell through earlier this year.

While City of York Council and local health partners do not own the site, they have joined forces to influence the plans of future owners.

The council and the York Teaching Hospital NHS Foundation Trust have included their own land to the north and east of the former hospital to show how a larger site could respond to the healthcare, housing, transport and green space needs of this area and the wider city.

The site development report was produced after consultation late last year, and shows how a sensitive and appropriate development could provide:

Councillor Nigel Ayre, City of York Council executive member for finance and performance, said: “The consultation last year confirmed how important the Bootham Park Hospital site is to York and its residents.

“It has been a focal point for the community and played a huge role in the city’s healthcare since the hospital building first opened its doors in 1777.

“While we don’t own the site we are exploring how to make sure that future developments respect that heritage and play a part in meeting some of York’s 21st Century challenges.

“So please take a look at the plans, give us your feedback and we’ll use them to influence future owners of the site.”

You have until Friday 11 October to make your comments on all elements of this proposal.

You can see all the details and join the conversation in a number of ways. 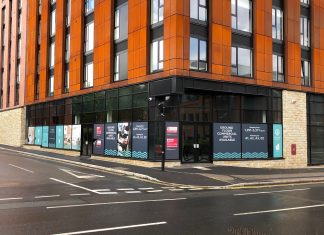 19th May 2020
Knight Frank has been appointed by Grainger, the UK’s largest listed residential landlord, to find tenants for its newest purpose-built rental development in Sheffield. In...

Prominent Stamford building to be converted into offices