Business confidence in Yorkshire & the Humber bounced back during December, rising nine points to 7%, according to the latest Business Barometer from Lloyds Bank Commercial Banking.

Companies in the region report higher confidence in their business prospects at 8% and higher economic optimism at 7%. Together, this gives an overall confidence reading of 7%.

Businesses’ hiring intentions showed that a net balance of 4% of businesses in the region expect to hire more staff during the next year. This compares with a net balance of 5% of firms expecting to decrease staff levels last month.

Across the UK, overall confidence edged up one point to 10% as firms’ confidence in their own prospects rose six points to 18%, although their optimism in the economy fell to 2%.

The Business Barometer questions 1,200 businesses monthly and provides early signals about UK economic trends both regionally and nationwide. This month’s survey was carried out before the result of last week’s General Election was known.

Kelly Green, Regional Director for Yorkshire & the Humber at Lloyds Bank Commercial Banking, said: “It’s great to see both confidence levels and hiring intentions returning to positive figures this month – which puts Yorkshire firms on a good footing going into 2020.

“The growth in optimism could be attributed to pre-election hopes of a decisive result that would provide greater clarity on the likely course of Brexit and the economy, allowing  businesses to plan ahead with more certainty.”

Across the region, businesses were evenly split over whether the UK’s exit from the European Union was having a positive or negative impact on their expectations for business activity.

That compares with last month, when a balance of 4% said they felt the UK’s exit from the European Union was having a negative impact. 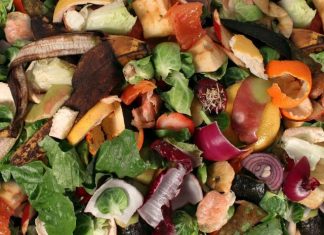 Tess Egginton - 14th February 2020
Grants are available for businesses and not-for-profit organisations in England to support resource efficiency projects, with the goal of diverting, reducing and better managing...