Sheffield City Region is set to host the biggest ever Convention of the North with NP11 in Rotherham next month.

The venue for the Convention of the North and the NP11 Summit will be Magna Science Adventure Centre – an iconic former steelworks that has been transformed into an award-winning educational and entertainment venue.

The Convention of the North and the NP11, with support from Government, will be bringing together the North’s political, business, community and academic leaders, along with young people’s groups around a common agenda for the future of the North.

The largest ever event of its kind, it will be a working Convention to debate policy through bringing together political, business, community and academic leaders from across the North of England, co-hosted by the NP11 group of all 11 Northern Local Enterprise Partnership Chairs, representing 16 million people, supported by Government and along with representatives of young people’s groups.

Together they will make a powerful, unified case to the new Prime Minister and Government for tangible investment in the Northern Powerhouse, putting it at the top of the economic agenda, so that it can fulfil its potentially transformational role in the future of the UK.

“Our country stands at a time of great change, which presents both challenges and opportunities.

“By working together across the North, maximising collaboration between the public and private sectors and bridging the political divide, we can make the North’s case on a national and international level, power our economy and narrow the inequality gap that persists within the UK.”

Roger Marsh OBE, Chair of the NP11 and of the Leeds City Region Enterprise Partnership (LEP), said: “This Summit is very timely in bringing together private and public sector partners from across all of the North, alongside Government decision makers, to further our ambitions for extraordinary inclusive growth that will benefit all in society.

“Building a thriving and well-connected Northern Powerhouse is key to ensuring that we create a productive and successful post-Brexit Britain.

“Ambitions to turbo-charge the North will only be achieved through effective collaboration and strong consensus across all of our great Northern towns, cities and rural communities.”

Northern Powerhouse Minister, Rt Hon Jake Berry MP, issued the following statement in support: “The world-class Magna venue in the heart of Yorkshire is a fitting place to host this landmark event. 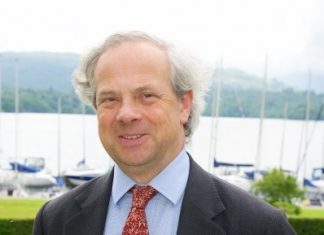 Michael Fisher - 17th January 2020
The return of the Agriculture Bill is a welcome announcement for farmers and the entire industry; giving shape to developing post-Brexit policy in England. “This...