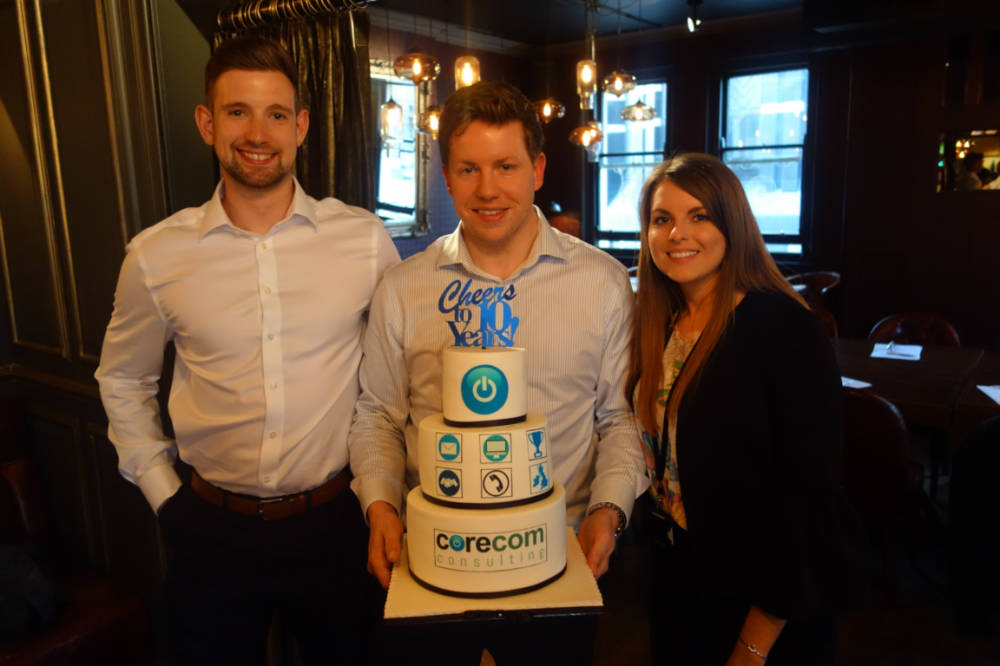 Corecom Consulting, the Leeds-based IT recruiter, has reported “significant growth and success” as the company celebrates its tenth anniversary.

Within the last 12 months, the company has opened an additional office in Manchester and extended its charity partnerships.

MD Jonathan Sanderson was crowned Recruitment Boss of the Year at the Marketing and Digital Recruitment Awards in November.

The company has extended its support for Emmaus, a charity for the previously homeless, partnering with its Salford community in addition to Leeds.

The company has achieved 16 award shortlists, include those for its innovative events for technology professionals, community initiatives and the outstanding leadership of the company.

“We are looking forward to and are committed to expanding our relationships across the North West and South East of England, including sharing our knowledge and expertise in the local communities in which we operate.”