Crown recently partnered with Ecosurety to support the “Leeds by Example” initiative in Leeds, U.K., run by the environmental behaviour change charity, Hubbub. The organization’s research showed that the city did not provide on-the-go recycling options for food and beverage packaging. As a consequence, the amount of food and drink packaging placed into general waste bins on the streets of Leeds city centre could fill a 20-foot shipping container every three days.

As part of the project, a recycling network was set up and along with 35 new on-street recycling bins, the Leeds community also saw initiatives such as:

Elaine Barrett, Environmental Manager at Crown Packaging Europe, said: “This is the second initiative we have worked on with Ecosurety and we are very excited to be able to see the direct impact our PRN funding is having. In 2017, we supported an education project with TATA Steel, where the company visited our aerosol plant in Nottinghamshire and held recycling workshops with local children. We see the ‘Leeds by Example’ project as a fantastic continuation of our work in this vital area. We are certain the project will have a tangible impact on recycling habits in the city and, importantly, the data gathered from the project will be used to roll out similar initiatives in other towns and cities around the U.K.”

As a major producer of beverage cans for the U.K. market, Crown is dedicated to ensuring it facilitates and encourages the recycling of as much of that packaging as possible. In addition to supporting a wide range of initiatives – such as the Every Can Counts programme and the Metal Recycles Forever mark – Crown purchases Packaging Recovery Notes (PRNs) to comply with U.K. packaging waste regulations, the proceeds going towards the recycling infrastructure. 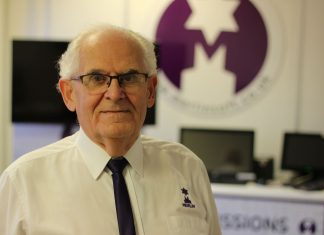 Michael Fisher - 14th February 2020
A South Yorkshire software development firm is celebrating after winning two awards and smashing its turnover target in 2019. Merlinsoft, based in Barnsley, achieved a...