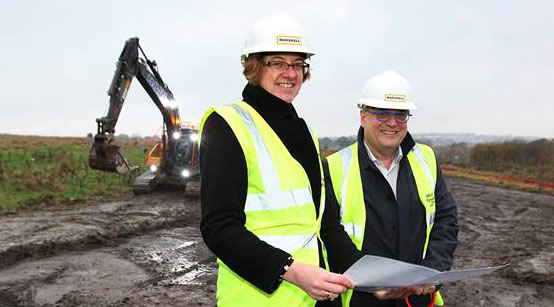 Gain Lane has received £9.8 million funding from the LEP, delivered by the West Yorkshire Combined Authority, through the Leeds City Region Growth Deal – a £1 billion package of government investment to accelerate growth and create jobs across Leeds City Region.

The scheme is being led by developer, Marshall Construction (West Yorkshire) Limited. The site will offer 316,500 square feet of commercial space and the potential to host up to 550 jobs.  It will include eight new units which will range from 40,000 to 75,000 square feet in size. The first two units on the site are due to be completed in March 2021, with the full site completed by 2025.

Roger Marsh, Chair of the LEP and NP11 said: “Our £9.8m investment in the Gain Lane Leeds City Region Enterprise Zone site is testament to our commitment to creating the infrastructure for economic growth. I look forward to new units being built and businesses moving in.”

Cllr Susan Hinchcliffe, Leader of Bradford Council and Chair of the West Yorkshire Combined Authority said:“Gain Lane will bring forward modern facilities and infrastructure for businesses to expand into, creating good jobs for local people. Its location is excellent for access to Bradford and Leeds.”

Chris Marshall of Marshall Commercial Development Projects Limited said: “Marshall Construction (West Yorkshire) are very pleased to be involved with the development of this industrial park on which construction has just commenced.

“We would like to thank the West Yorkshire Combined Authority and Bradford Council for their support on this project which hopefully will create many new jobs over the next few years, both in the new factories and also the construction on site.”

Gain Lane is one of the Leeds City Region Enterprise Zones which is supported by the LEP, the Combined Authority, Bradford Council, the Ministry of Housing, Communities and Local Government and Marshall Construction (West Yorkshire) Limited.

Significant progress has been made on Enterprise Zone sites across the Leeds City Region, which will deliver over 1.5m square feet of new commercial space in the form of 21 new business units. To date, eight new units, totalling 246,700 square feet, have been delivered, enabling new occupiers to create jobs for local residents.

Designated areas that provide tax breaks and Government support, Enterprise Zones are aimed at both new and expanding firms. They are a driving force for the economy by unlocking key development sites, consolidating infrastructure, attracting business and creating jobs. 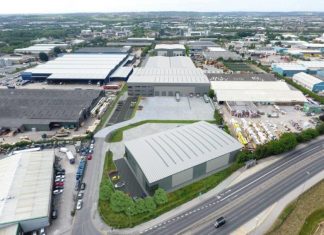 Tess Egginton - 22nd January 2020
Yorkshire-based Caddick Construction has been appointed to deliver the latest industrial building at Cross Green Industrial Estate in Leeds on behalf of Towngate. This speculative...