Coal-fired electricity generation is expected to come to an end in March 2021 at Drax Power Station in Selby, North Yorkshire.

For fifty years, the station has used coal to produce electricity but, in a bid to become carbon negative by 2030, Drax will cease using coal by March 2021, well ahead of the government’s 2025 deadline.

The decision follows a comprehensive review of its operations. Although Drax said it “does not expect” to use coal after March 2021, it will “ensure” its two remaining coal units remain available until September 2022 in line with its existing Capacity Market agreements.

“Ending the use of coal at Drax is a landmark in our continued efforts to transform the business and become a world-leading carbon negative company by 2030,” said Drax CEO Will Gardiner.

“Drax’s journey away from coal began some years ago and I’m proud to say we’re going to finish the job well ahead of the Government’s 2025 deadline.”

However, stopping using coal at Drax means there will be a reduction in workforce at the Selby power station, with the loss of up to 230 jobs.

Drax is talking to the government, trades unions and industrial businesses across the North about joining with Drax in establishing a new Zero Carbon Skills Taskforce to help people in the region gain the skills and expertise required to seize new job opportunities as the UK moves towards a net zero economy.

“Stopping using coal is the right decision for our business, our communities and the environment, but it will have an impact on some of our employees, which will be difficult for them and their families,” added Mr Gardiner.

“In making the decision for the UK to stop using coal and to decarbonise the economy, it’s vital that the impact on people across the North is recognised and steps are taken to ensure that they have the skills needed for the new jobs of the future.” 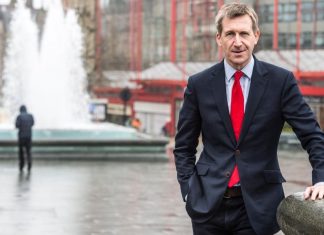 3rd April 2020
Business Secretary Alok Sharma has been called on to protect the thousands of warehouse workers across South Yorkshire during the COVID-19 crisis. In a letter...