Earthmill, whose wind power division has supplied farmers with more than 250 turbines since it was established by managing director Steve Milner from his garage in 2009, launched its CHP division earlier this year. Following more than a year of research and negotiation with suppliers in the low-carbon technology sector, the business has announced its partnership with the UK arm of Finnish company, Volter.

Fuelled by woodchip, the CHP process uses a specially designed reactor which heats the fuel to extremely high temperatures, in excess of 1,000 degrees Celsius, in order to produce a flammable gas to drive a generator and produce electricity. The heat produced is transferred into water which can then be used by high energy using farms to heat dairies, or pig or poultry sheds. The process is more than 88 per cent efficient.

The Arbor units were the first small-scale CHP systems accredited by Ofgem to qualify for the subsidies and offer a return on investment in under five years. Costing £22,000 to £35,000 a year in wood chip to run, the units have the capacity to generate around £80,000 worth of heat and electricity, producing a £40,000 net profit. Energy-intensive businesses can expect paybacks of up to £100,000.

Earthmill managing director Steve Milner said: “Small scale CHP isn’t a new concept in Europe but it’s still in its infancy in the UK. Drawing on Arbor’s expertise in the industry, this new partnership perfectly complements our wind turbine offer and, since the cut in wind subsidies earlier this year, represents a financially viable alternative that will help farms and businesses with a large heat demand future-proof themselves against rising energy costs.”

Earthmill CHP is the first installer in the North of England, and the first in the UK to offer a customer co-operative for fuel buying and energy sales into the national grid, maximising operators’ profits.

The Arbor CHP system is modular, with each unit generating 45kW and can be installed in multiples, to provide a sustainable source of heat and power for uses ranging from larger residential properties to small rural businesses and country estates right up to large hospitals and universities. 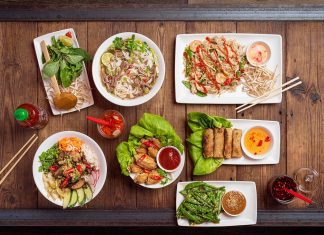 Pho to become the latest addition to The Cornhill Quarter

Michael Fisher - 13th January 2020
Pho, the healthy Vietnamese street food restaurant, is set to open its doors in Lincoln as the most recent addition to The Cornhill Quarter. The...