Apprentices didn’t play to a full house and there was no cooking involved when contestants at Humberside Engineering Training Association put their skills to the test to win a place in the national and international WorldSkills finals.

Instead they were selecting pieces of British Steel and using their skills to make the leg of a crane, but the irony of the comparison is not lost on HETA Chief Executive Iain Elliott: “I enjoy my food as much as anyone but cooking competitions have become something of a national obsession.

“We can only point out that without engineers the culinary landscape would be far less appetising. Engineers are at the heart of the food industry from growing to harvesting, processing, preparing, cooking, delivering, serving and cleaning up afterwards.

“We don’t expect the TV production companies to come knocking on our door offering shows like Masterweld or Great British Steel Cut, but it is vital that people recognise the importance of engineering in everyday life. Blow torches can do more than crisp the top of a crème brulee!”

Three apprentices from Grimsby Institute joined two from HETA at the regional heat of the WorldSkills challenge which took place at HETA’s training centre at CATCH in Stallingborough.

The seven-hour challenge was a tough test of key skills including marking out, shearing, thermal cutting, drilling, welding, grinding and assembly. Only the top 10 apprentices from heats throughout the country will make it to the national finals in Birmingham.

Lewis Smith, a 19-year-old from Grimsby who left college to take up a traineeship with HETA, hopes the experience gained on his course and in WorldSkills will help him secure an apprentice with an employer in the region.

He said: “Companies are coming in here all the time to look into taking on a full-time apprentice and this event has given me a good opportunity to show them what I can do and to improve my skills.”

Jamie Smith, who is 18 and from Immingham, is in his second year as an apprentice and is working for local firm Drurys Engineering Services.

He said: “I wanted to go to university at first but I changed my mind after doing some work experience at Drurys. I didn’t know what welding was until I did that!”

Kevin Scott, an assessor for the Association for Welding, Fabrication, Training and Education, said: “I’ve been involved in WorldSkills since 2010 and it shows that traditional apprenticeships work. Men and women aged from 17 come to these events and prove that they can perform to the standards we need in industry – and often better.

“The skills level is improving year on year and so is the number of contestants. More employers are coming on board and more of their apprentices are getting involved.”

Iain Elliott added: “We want to raise awareness of WorldSkills because it’s a fantastic event and it is important that young people and the people who advise them – including parents and careers staff – know about the opportunities that are available in engineering.” 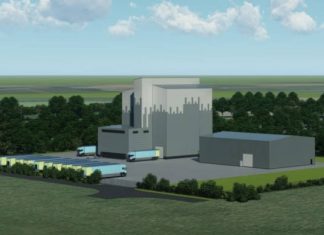 Manufacturers investing more than ever in workforce health and wellbeing