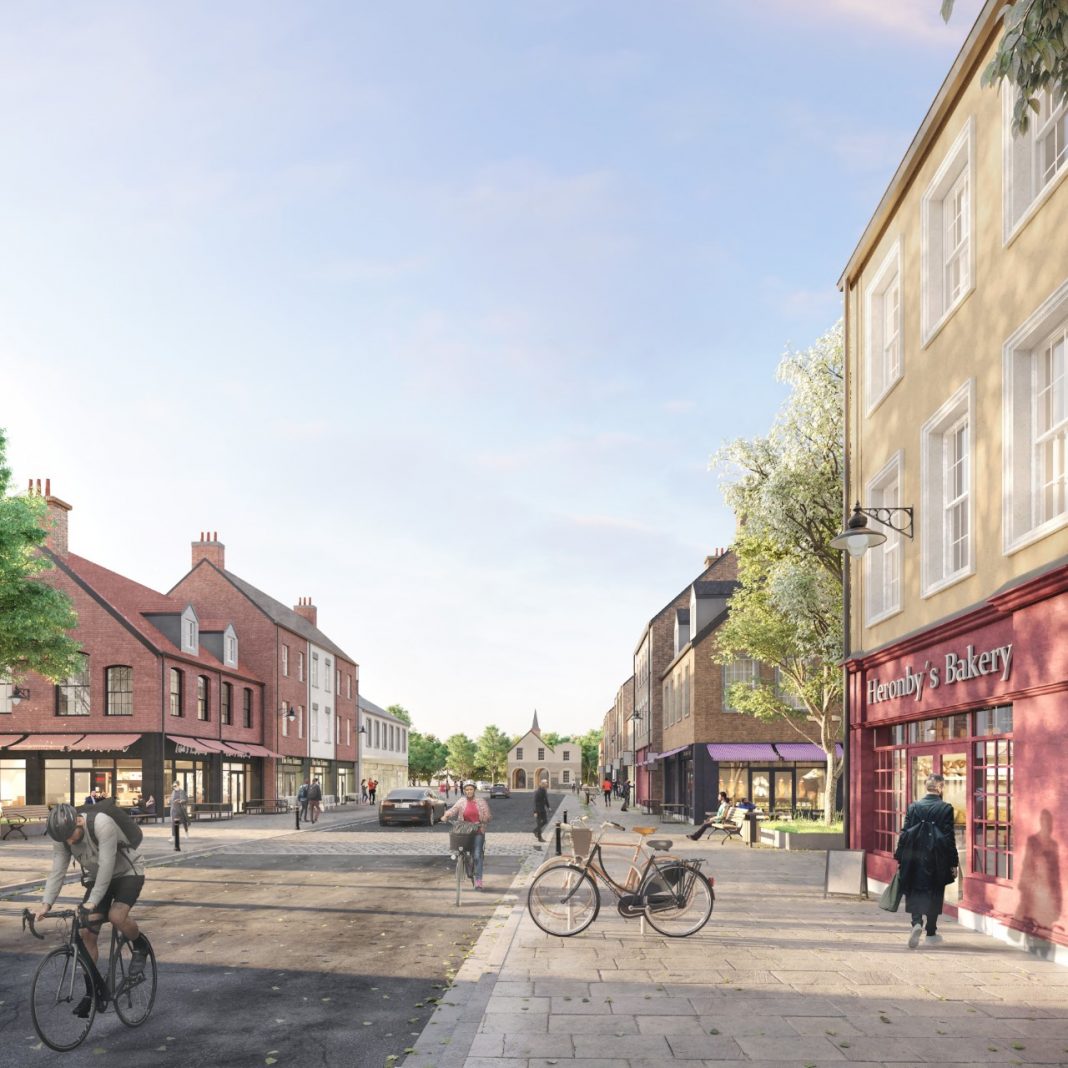 The owners of Escrick Park Estate have spoken about their vision for a new community fit for the 21st century and inspired by the character and architecture of North Yorkshire’s towns and villages.

In response to the inclusion of land south-west of Escrick in the latest stage of Selby District Council’s new Local Plan consultation, the Estate, which owns the land off the A19 between York and Selby, has started to draw up ideas for a masterplan for a new community called Heronby.

The Estate has appointed an expert project team to help develop the Heronby proposals, including Brooks Murray as masterplanners, and Turnberry Consulting as planning and development advisors.

Both have been involved in the development of several acclaimed mixed-use communities planned or being created in the UK, including Tornagrain and Chapelton in Scotland.

Beilby Forbes Adam from the Estate, said: “For more than 350 years, Escrick Park Estate has played a key role in shaping the built and natural landscape of the area.

“As we look forward to the years ahead, we realise there is a pressing need to provide good quality, attractive housing which people can afford and in an environmentally sustainable way. But we do not want to build a faceless, rootless dormitory village with an absence of community and a fixation on the car.

“At Tornagrain near Inverness we found a new town sympathetic to its surroundings, built with community buy-in, and created by a landowner who cared about their legacy and who had taken on the role of master developer themselves.

“Having seen what can be achieved by estates which are, like us, rooted in their communities, we are determined to ensure that we plan and build a Yorkshire village fit for the 21st century – a place where anyone would be proud to live and work.

“We are now working with the teams who helped deliver Tornagrain and Chapelton to begin the process of producing a masterplan for Heronby.” 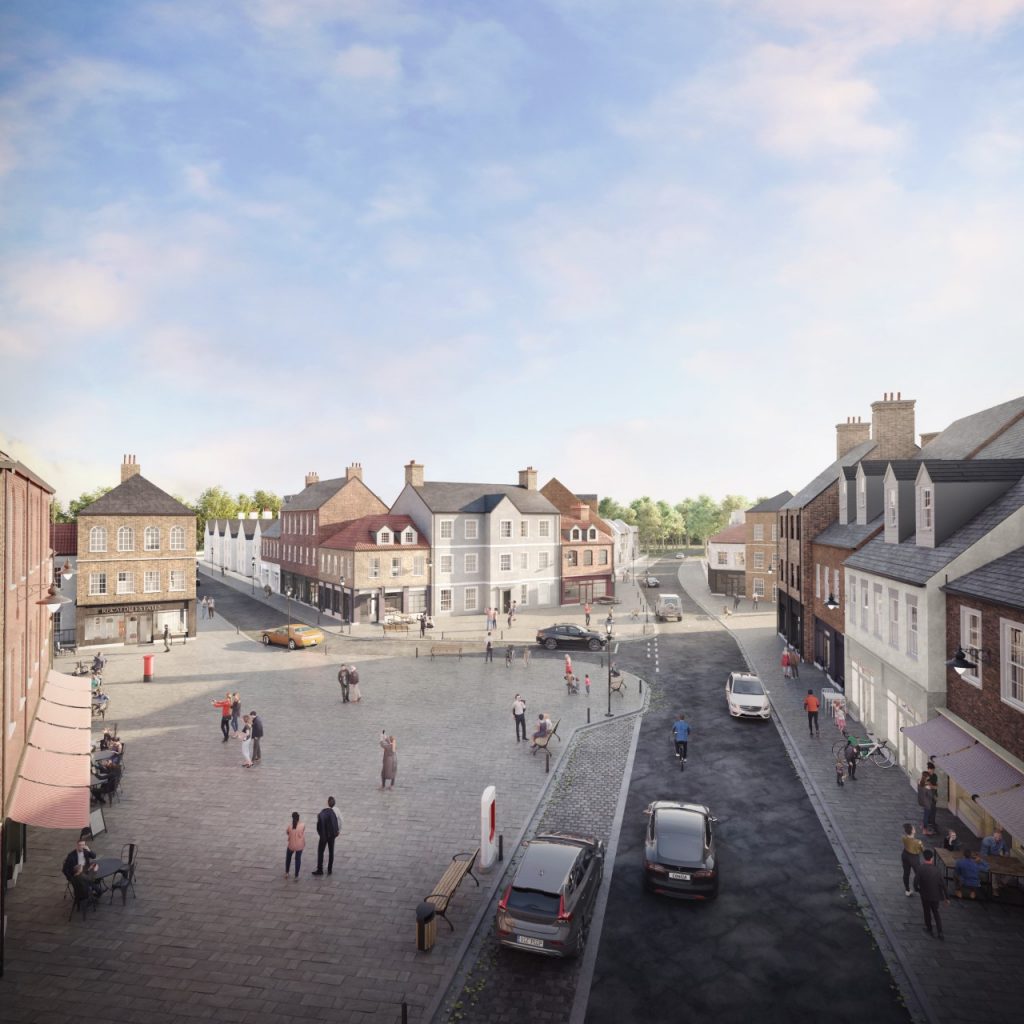 Integral to the development of the masterplan has been the creation of a walkable community with a mix of affordable and open-market homes, set within green spaces for recreation and sport, alongside business premises and schools.

Heronby would, like many nearby towns and villages, be based around a high street and market square, and there would also be new neighbourhood centres offering facilities close to homes. This approach aims to create a healthy, happy community, and internalise journeys, key to the pursuit of environmental sustainability at Heronby.

The vision is for a sensitively designed community, where people can access a variety of shops, services and open spaces on their doorstep.

Alongside the masterplan, the Estate will support, and where possible facilitate, the construction of a new bypass, helping to alleviate many of the existing traffic issues in the village of Escrick, which is on the A19 between Selby and York.

Mr Forbes Adam added: “Heronby will take many years to deliver. Our plans are still at an early stage and we would like to start a conversation with local people, sharing ideas about what Heronby could deliver and how it could benefit its neighbours as well as its residents.

“Covid-19 restrictions mean we can’t meet the community face-to-face to discuss the proposals at the moment, but we have set up a website for people to learn more about Heronby, and to offer us their thoughts.

“In due course, we hope to be able to make arrangements to meet people face-to-face for a design-based consultation where we discuss ideas and alter and improve the masterplan.”

The Heronby masterplan envisages a community of just over 4,000 homes on a site of around 200 hectares. The site is outside the green belt, has good access to services and employment, and is almost entirely within Flood Zone 1 which has the least likelihood of flooding. 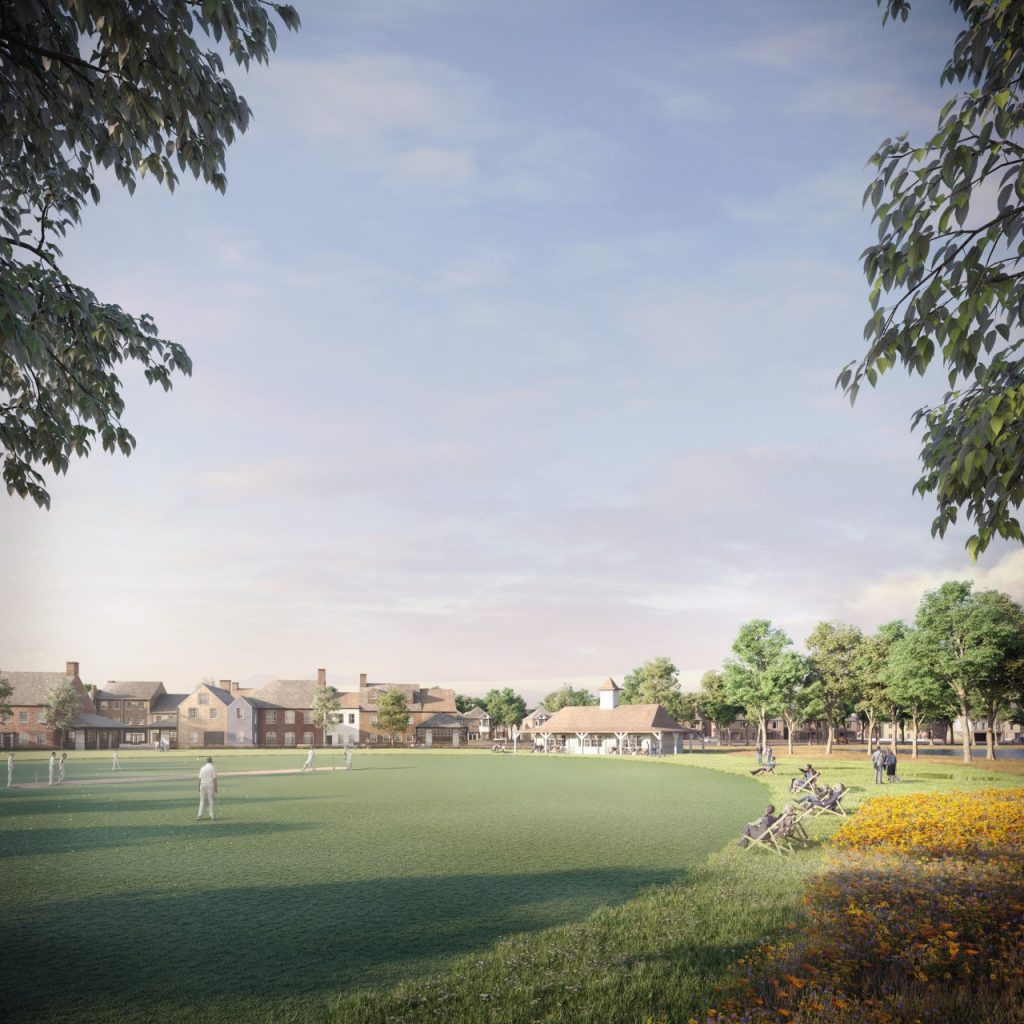 University of Sheffield spinout company, Rinri Therapeutics, has raised a total of £10 million from investors and the UK Future Fund to advance its...
Read more
Finance

Progeny Group is continuing to extend its multi-disciplinary professional services into Scotland with the acquisition of Affinity financial planning practice. A five-strong team, Affinity was...
Read more
Commercial Property

Bank of England to open to northern hub in Leeds

The Bank of England is set to open a new northern hub in Leeds as part of plans to bolster staff presence across the...
Read more
General News

Despite Government support measures designed to avoid mass insolvencies, businesses in Yorkshire and across the UK are experiencing rapidly escalating levels of distress. According to...
Read more
Finance

Grimme, a German manufacturer and supplier of agricultural machinery, has relocated into a £3 million purpose-built premises in East Yorkshire. The £45 million UK turnover...
Read more

University of Sheffield spinout company, Rinri Therapeutics, has raised a total of £10 million from investors and the UK Future Fund to advance its...
Read more
Finance

Progeny Group is continuing to extend its multi-disciplinary professional services into Scotland with the acquisition of Affinity financial planning practice. A five-strong team, Affinity was...
Read more
Commercial Property

Bank of England to open to northern hub in Leeds

The Bank of England is set to open a new northern hub in Leeds as part of plans to bolster staff presence across the...
Read more
General News

Despite Government support measures designed to avoid mass insolvencies, businesses in Yorkshire and across the UK are experiencing rapidly escalating levels of distress. According to...
Read more