Mark Hollander has been named as the new Executive Director of Leeds 2023 as the organisation continues its journey to fund and deliver cultural events in the city.

The appointment, which is effective in the first quarter of 2020, follows the addition of Creative Director Kully Thiarai who will begin work with Leeds 2023 in January.

Mr Hollander joins from Phoenix Dance Theatre where he served as been Executive Director since 2016.

Leeds 2023 was originally the city’s bid for European Capital of Culture status before the Brexit referendum result halted progress.

Leeds City Council decided to keep its original core funding pledge of £12 million in place and Leeds 2023 has now been established as the independent Leeds Culture Trust, charged with raising considerable additional funds and delivering an incredible year-long festival of culture in 2023.

The Leeds Culture Trust will work in partnership with a wide range of artistic, creative, business and community groups to ensure local involvement, creative ambition and global reach.

“The groundwork has now been completed and we begin ramping up our plans in early 2020,” says culture trust chair Ruth Pit.

She added; “Mark is the perfect person to deliver a fantastic investment programme leading to a year of culture that will change the way people see Leeds forever.” 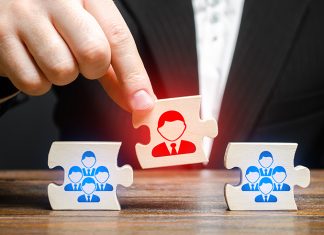 Dominic Cuthbert - 21st January 2020
A biopharma business with bases in Wetherby and Cambridge has added an industry veteran to its senior team as it transitions into a clinical...