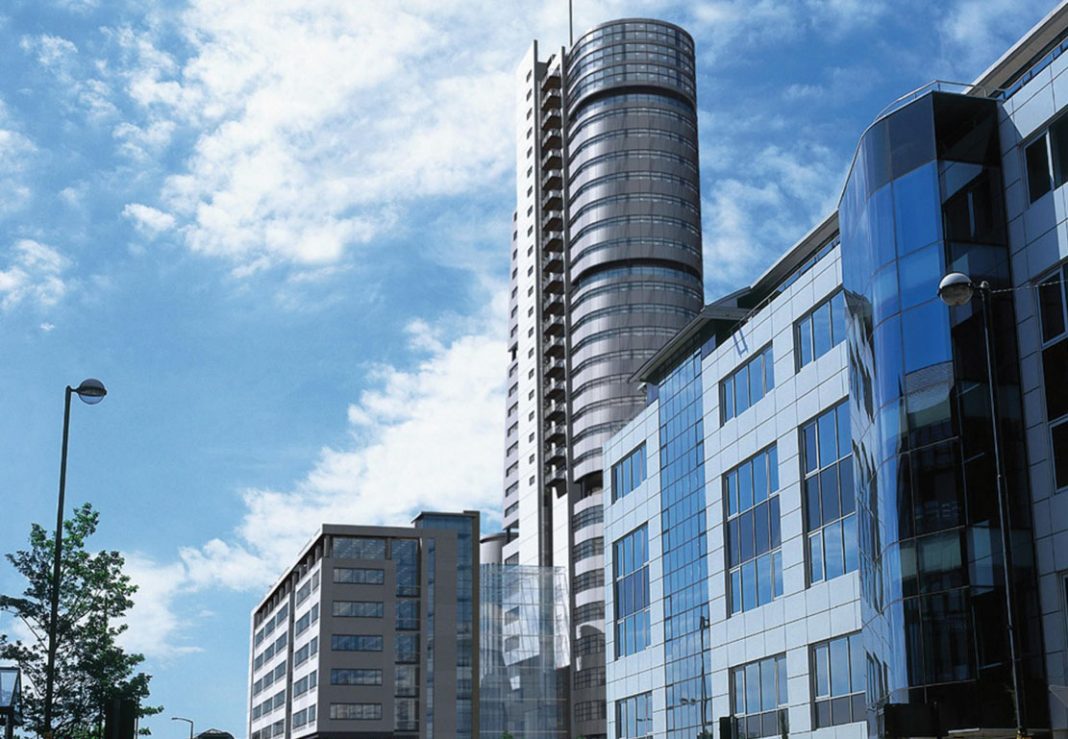 Councillors should consider lifting traffic restrictions during high winds at Bridgewater Place after a period of extensive testing of the building owner’s solution to the wind problems there.

That’s what Leeds City Council’s executive board is being told in a report recommending that the high winds closure of the road junction near the building is no longer necessary since the wind mitigation scheme has been effective.

Wind issues had emerged after the building’s completion in late 2007, despite the developer’s pre-construction modelling that indicated it would not cause any problems. The council addressed this by implementing interim safety measures such as pedestrian guardrails, screens and warning signs.

The council went on to introduce the high winds protocol that governs the junction’s closure on the advice of the coroner after the inquest into the death of Dr Edward Slaney, when a soft-sided truck blew over there in high winds.

The coroner also ruled that the building was creating “a public nuisance” and that its owners CPPI Bridgewater Place were responsible for putting that right. The council worked to ensure an appropriate permanent solution was put in place by them, which led to their wind mitigation scheme.

Detailed testing of that solution to prove it had worked in a variety of high winds events was required by the council and the wind mitigation scheme was completed in summer 2018.

Buro Happold Engineering were appointed by the owners to monitor the effectiveness of the complex wind mitigation scheme – which involves a series of over-road “baffles” and screens on and near the building.

They used the Lawson Safety Criteria, an index for measuring acceptable safe wind speeds for cyclists and pedestrians, to benchmark their research. They conclude that the risk to pedestrians, cyclists and therefore vehicles is sufficiently reduced to allow the traffic restrictions to be lifted.

None of the measurement points they regularly tested along the Water Lane and Victoria Road junction have exceeded the wind speed levels considered safe of 15 metres per second. Their conclusions are supported by independent wind experts RWDI, who have peer reviewed their research and analysis on behalf of Leeds City Council.

During the testing period there have been no complaints from pedestrians or road users about adverse wind affects. Conversely, the council has received complaints from vehicle users about congestion and increased journey times when the protocol is in place.

Martin Farrington, Leeds City Council’s director of city development, said: “Right from the start we have been adamant that safety is the priority at the Bridgewater Place junction and we have done everything in our power to ensure that. We have also worked exhaustively to facilitate the owners bringing forward the best possible permanent solution to the dangers caused by their building.

“Now that solution has been extensively and comprehensively tested in a series of high winds conditions over a lengthy period by two leading expert engineering companies who have concluded it is effective.

“During this time there have been no complaints about adverse wind affects and we now have to consider that the time has come to release that junction from the restrictions that slow the movement of traffic and pedestrians.”

The executive board is being asked to note the results of the testing and confirm on the basis of the expert advice that the high winds protocol can be stopped once the call-in period has expired.

They will also be asked to note that planning permission will be sought to install further structures to tackle several “hotspots” identified during testing on privately-owned land to the south of the building. Also for noting is a “minor safety exceedance” on Back Row which will be monitored by Buro Happold on behalf of the building’s owner and addressed if required.

The COVID-19 lockdown has delivered a sales surge for Lincolnshire-based Gelder Group’s online business, LoveDIY. Amongst the thousands of tins of emulsion, 844 tins of...
Read more

Leeds-based SMEs and charities in Leeds affected by COVID-19 are being urged to apply for support as the Discretionary Grant Fund (DGF) reopens for...
Read more