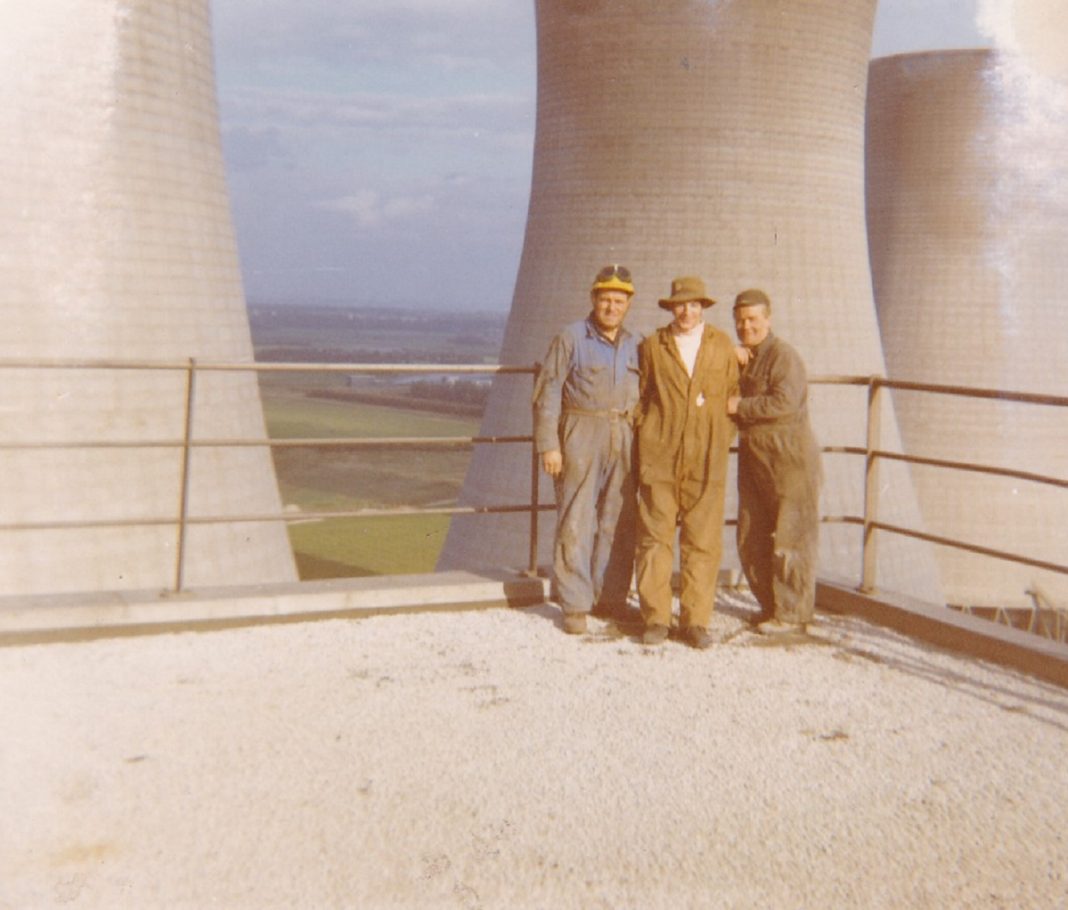 It came as a shock to the family of Ken Spencer when he sadly passed away in April of this year. At his inquest it was revealed that the cause of his death was pulmonary asbestosis. Ken was a former steel erector from Osgodby near Market Rasen having moved to the area from Wales.

Ken worked on the cooling towers at West Burton Power Station in the 1960s and 70s and it is believed that that is where he was exposed to asbestos. Now his family want to find out more about the circumstances and working conditions in the power station at the time to understand why this has happened.

The two deadliest forms of asbestos, crocidolite (or ‘Blue’ asbestos, as it is also known) and amosite (‘Brown’ asbestos), were banned from being imported or used in the UK as long ago as 1985. The still dangerous, but slightly less deadly, chrysotile (White asbestos) followed suit in 1999.

The fact that in 2018 people are still dying from asbestos exposure at the rate of approximately 5000 every year (in the UK) is baffling to many, but the dormant nature of asbestos related diseases can often mean that there is a period of many years before issues start to arise.

Ken’s daughter Rosie Rice told us: “When Dad worked at West Burton, he would come home with his navy-blue overalls covered in filthy dust and dirt. He used to talk about how he and his work colleagues were breathing in so much of the stuff and they were never provided with any sort of protection in the form of face masks.”

Asbestos diseases are caused when people inhale the deadly asbestos dust – the fibres can become lodged in the lungs and cause serious problems many years down the line.

Mrs Rice said: “We are devastated at the loss of my Dad. He was a lovely family man who worked very hard to provide for his family. What spare time he had was spent in his allotment in our back garden where he grew vegetables for us. He was also a keen fisherman.

“It was about 5 years before he died that he started to struggle with his breathing and in the end, he had great difficulty just walking round the house. It just got worse and worse.”

Following Ken’s death, his family approached James Burrell, a specialist who represents people who have been harmed by historic asbestos exposure at Bridge McFarland solicitors to help them find some answers to their questions.

Mr Burrell said: “Because asbestos had very efficient heat resistant properties it was widely used in industrial settings as a building and maintenance material right up until legislation was brought in to ban its use.

“We now know that workers at power stations like West Burton were in one of the higher-risk occupations as far as potential exposure to asbestos dust and fibres are concerned. We believe that it was while working at West Burton that Ken came into regular contact with asbestos dust.”

Mr Burrell went on to say “From exposed diagnosed with an asbestos disease you can be looking at a timescale of anything between 20 to 50 years. Sadly, in some instances such as Kens, it only comes to light after a sufferer’s death as a result of an inquest having taken place.”

James Burrell has appealed to former work colleagues of Mr. Spencer to come forward and make contact to see if they can help shed some light on the conditions that they and Ken worked in during their time at West Burton.

“Ken Spencer’s family are desperate to hear from any of Ken’s former work colleagues who remember working with him at West Burton Power Station and who may be able to help fill in some of the gaps about his time there. They can contact me on 01482 730326 or send in an email to enquiries@bmcf.co.uk.”

Half of workers risking cyber security during remote working

Almost half of office workers have admitted they are less likely to follow safe data practices when working from home, new research had found. The...
Read more
Out of office

Looking to provide a little fun in some rather dark times, this ‘Time Out’ features Nicola Ellwood, Executive Coach, Mind, Communication and Culture specialist. What...
Read more
Out of office

Time Out: Victoria Hicks, Group Director at The City and Capital Group

Looking to provide a little fun in some rather dark times, this 'Time Out' features Victoria Hicks, Group Director at The City and Capital...
Read more