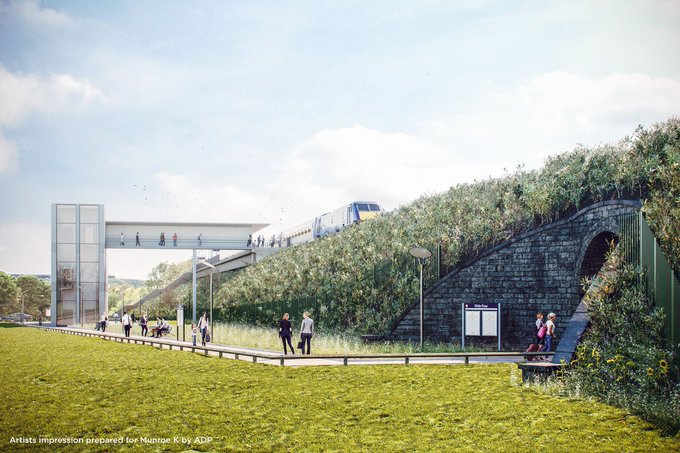 The final plans for the West Yorkshire Combined Authority’s £26.5 million new rail station at White Rose, Leeds, are among the items due to be considered by members at a meeting of its Place, Regeneration and Housing Committee this week.

Members will be asked to approve the plans for the new rail station between Morley and Cotttingley on the Transpennine route at the meeting on Thursday (25 November).

The scheme is being delivered in partnership by the Combined Authority, Leeds City Council, Munroe K and Network Rail.

Alongside proposals for a new accessible station next to the White Rose Office Park, the scheme also includes better walking and cycling routes between Cottingley, Churwell and Millshaw, as well as the White Rose Shopping Centre and the bus interchange.

Cllr Denise Jeffery, chair of the West Yorkshire Combined Authority’s Place, Regeneration and Housing Committee and leader of Wakefield Council, said: “We are pleased to be working in partnership on plans for the new White Rose Rail Station, which will improve transport links and act as a catalyst for local regeneration, housing growth, economic activity and jobs.

“It is more important than ever that we continue to invest in a modern, accessible transport network, which supports economic growth by connecting more people with jobs, training and education.”

Tracy Brabin, Mayor of West Yorkshire, said: “In my manifesto, I committed to improving public transport, connecting more people with opportunities and helping tackle the climate emergency on our way to becoming a net zero carbon economy by 2038.

“That is why I am delighted to see the final plans for the new White Rose Rail Station go before members of the Combined Authority’s Place, Regeneration and Housing Committee.”

Committee members will also be asked to consider recommendations to progress three other transport schemes to the next stage of development, including:

The two Halifax schemes will be delivered through the Leeds City Region Transforming Cities Fund programme, which is aimed at providing a viable alternative to car journeys.