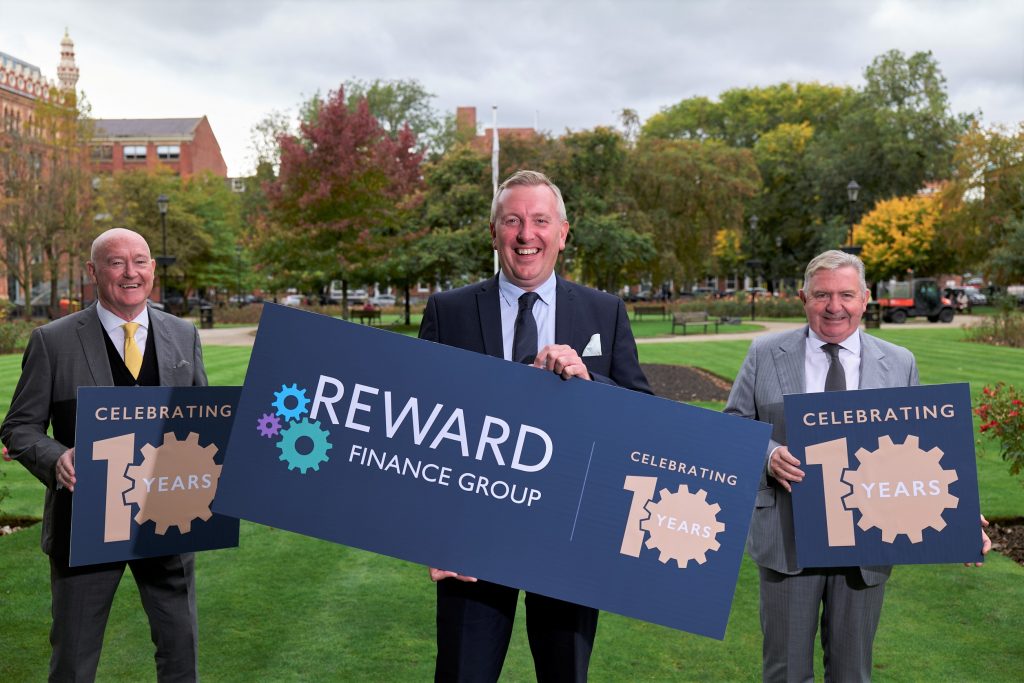 Reward Finance Group, the alternative finance provider based in Leeds, has marked its tenth anniversary with a record £3.45 million deal.

The Business Finance deal was used by a client to refinance more than 70 commercial and residential properties.

To date, it brings the total amount lent by Reward Finance Group to more than £700 million.

Since the company was founded in Leeds in 2010, it has enjoyed continuous growth year-on-year and evolved into a key player in the alternative finance market under the leadership of Tom Flannery and David Jones.

Since the company was founded in Leeds in 2010, it has expanded with the opening of an office in Manchester. It now has grown to 30 people across the two offices.

Earlier this year, it completed a succession plan by promoting Nick Smith to Group Managing Director, appointing Gemma Wright as MD for Yorkshire and the North East, and bringing in industry figure, Steve Noble to head up the North West region.

David Jones and Tom Flannery will continue as directors and remain fully committed to the company.

“The company was born from the post credit crunch era when banks were regrouping and the lending market was in disarray,” said Mr Jones.

“We spotted the opportunity to plug the gap the banks were leaving behind with the gradual withdrawal of overdraft facilities.

“Initially we were looking at a three to four-year window to provide short-term gap funding on a secured basis, and here we are ten-years on and still successfully providing short term working capital to SMEs.”

Mr Smith said: “While the market has changed dramatically, with alternative lending starting to lose its meaning, as businesses now have an array of funding options to choose from, we have ensured our continued growth and success by maintaining the core principles and USPs laid down by David and Tom.

“Rather than box ticking and having a ‘one size fits all’ approach, we look at individual needs, get to know the business and provide flexible lending solutions to meet them.

“We know that the businesses who approach us need the funds quickly, so we work fast to get the security in place so the money can be released. This can take just a few days and, on occasion, a matter of hours.

“We rolled out this successful formula with the opening of the Manchester office, which has really taken off, giving us the confidence to extend our geographical reach further.”

Mr Flannery added: “Naturally, I am proud about the business David and I have led and the phenomenal success it has achieved in a relatively short time.

“Nick has been a great asset to the company since he joined the business four years ago and has helped take us onto the next level. We have attracted a talented team of very experienced and well-connected people to the company and, in Gemma and Steve, we have industry leaders heading up the two offices.

“It has been a fantastic ten years, which have shot by. It is ironic that, having started in a recession we are beginning the next decade in another one due to coronavirus.

“However, we are continuing to provide deals to SMEs, including the record one this month, so I have no doubt the next ten years will be even more successful.”