Sentiment and volumes are deteriorating sharply in the financial services sector, with various indicators at their lowest since the Financial Crisis of 2008, according to the latest CBI/PwC Financial Services Survey.

The quarterly survey of 84 firms found that optimism about the overall business situation in the financial services sector plunged sharply, falling at the quickest pace since December 2008. Optimism has now been flat or falling for over three years.

Business volumes fell for a second consecutive quarter, and at the fastest pace since September 2012. Conditions varied across financial services sectors, with the greatest drag on growth coming from the investment management sector, where volumes fell at the fastest pace since December 2008. Meanwhile, the majority of other sectors reported flat or modest growth, with the exception being insurance brokers, who reported robust growth. Looking ahead, expectations for overall business volumes for the next quarter are the weakest since September 2008.

Employment across financial services fell at the quickest pace in four years, driven predominantly by a sharp decline in headcount in the banking sector. Meanwhile, headcount grew or was flat in all other sub-sectors. Overall employment growth is expected to recover over the next quarter.

However, there were some positive signs in the survey. With cost pressures easing, profits in the sector as a whole saw their strongest growth in a year, driven by the banking and insurance sector. Profitability is expected to pick-up further over the three months ahead.

Looking to the year ahead, financial services firms continue to plan higher spending on IT and marketing (with the strongest expectations since June 2015), but expect to cut back in other areas of capital spending. Investment is largely motivated by the desire to provide new services, with concerns about inadequate net returns on investment the predominant brake on spending.

Across the broader economy, underlying conditions are subdued as Brexit uncertainty causes many households and businesses to hold back on spending.

Rain Newton-Smith, CBI Chief Economist, said: “The alarm bells ringing at the state of optimism in the financial services sector have now reached a deafening level. Not only has it plummeted at the fastest rate since the depths of the Financial Crisis, it has been falling or flat since the EU referendum. Additionally, business volumes and employment have fallen over the last quarter.

“Brexit is now a national emergency. No Deal has to be clearly ruled out, then MPs must finally compromise and deliver a solution that protects jobs, livelihoods and communities across the UK. It is in absolutely nobody’s interest for the uncertainty to drag on, and continually chip away at our economy and financial services sector.”

Andrew Kail, Head of Financial Services at PwC, said: “Optimism has declined at the fastest rate since 2008. This is obviously cause for concern but the wider business story the industry is telling is one of resilience – a powerful endorsement from an industry which remains a cornerstone of the UK economy.

“Three strong themes stand out in the survey: Brexit, people, and future investment. Despite the continuing uncertainty, these businesses are embracing disruption and reinventing themselves to be ready for growth in a post-Brexit environment including developing leaner, more specialised workforces.

“They are ramping up spending on training, technology and marketing, which suggests among other things, more workforce automation.

“However, it remains to be seen whether our FS businesses will retain their current global footprint as political negotiations play out. Clarity, certainty and communication are vital if the UK is to protect its position as the leading financial centre.”

Over the year ahead, financial services firms expect increases in spending on IT and marketing, but to cut back on other forms of capital spending:

The main reasons for authorising investment were:

The main factors likely to limit investment were:

Business expansion over the next 12 months:

The most significant potential constraints on business growth over the coming year are: 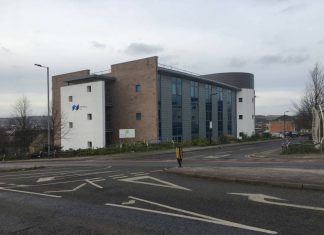