Almost half of the UK’s SMEs would be prepared to pay a higher percentage of corporation tax so long as it was ring fenced to pay for better public services, a survey of 900 businesses conducted on behalf of Close Brothers Asset Finance reveals.

Neil Davies, CEO of Close Brothers Asset Finance, said:“To some extent, our data reflects the results from the British Attitudes survey, which found that at 60%, the proportion of people who believed the government should raise taxes to fund more public spending was at its highest in 15 years following years of austerity.

“Understandably, firms at the smaller end of the scale, both in terms of turnover and employee numbers, are least in favour of extra taxes.”

Speaking on behalf of their employees, exactly half of SME business owners think their employees would pay more tax to fund better public services; 29% have the opposite view while 21% are ‘unsure’.

This is particularly true of firms in the North East where 65% of those polled think their employees would be prepared to increase their tax contribution.

As a company’s turnover increases, so do does the likelihood of the owner feeling their employees would pay more tax.

Tax spending
Opinion is split among SMEs about whether the tax they pay is well spent, with an equal number (39%) answering ‘yes’ and ‘no’ to the question ‘do you think the tax you and your business already pays is efficiently spent?’. The remaining 22% feel that it’s ‘hard to say’.

At only 22%, firms employing under 10 people are least likely to view current tax spending favourably.

Of the sectors polled, the Construction, Engineering and Manufacturing sectors all trend about the UK average at 44%. 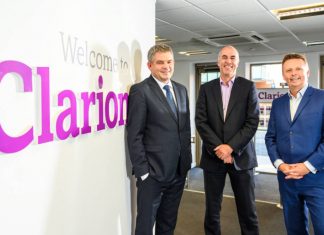 Yorkshire businesses to benefit from LDC commitment to invest £1.2bn in...