Football club will feel the benefit from Ilkley Carnival 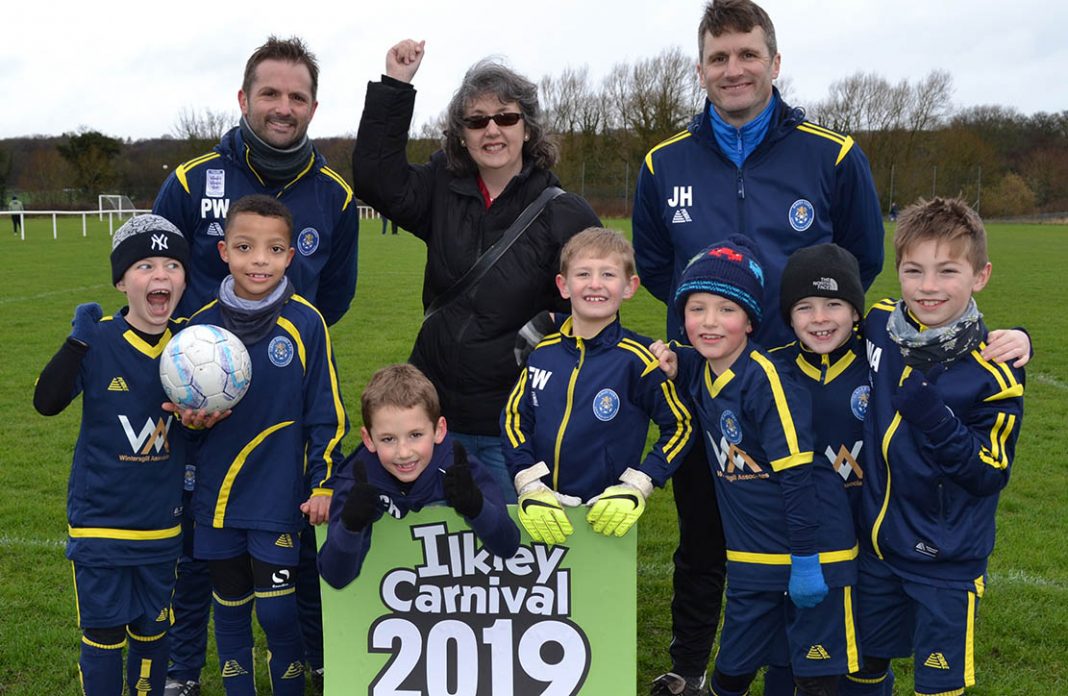 Ilkley Town Football Club has been given the green light on two transformative improvement projects thanks to being chosen as the 2019 Ilkley Carnival primary beneficiary.

The club, which offers football facilities to Ilkley Grammar School and more than 500 children from under 6s to adult and senior teams, will receive half the profits of the 2019 Ilkley Carnival to help build new all-weather spectator shelters and refurbish the changing rooms and pavilion including toilets, changing rooms and showers.

The club recently installed a 4G pitch which helps accommodate around 1,000 people each week and now hopes to score a hattrick of improvements by embarking on two further Carnival-funded projects to improve facilities and support local children and attract teams from the wider area.

Andrew Stacey, Ilkley Carnival chairman, said: “The decision to support Ilkley Town Football Club was unanimous amongst the committee. We were inspired to help this scheme as local sports projects are rarely financed by public funds, yet we’re certain it will have an astonishing effect on the wider community with hundreds of people using the pitch each week.”

He added: “Helping improve the facilities at the club perfectly fits with Ilkley Carnival’s ethos and will ensure the club is operational for all age groups. The club will also be hosting a football tournament on the showground on carnival day to help raise even more funds to support their ambitious improvement projects and of course the remaining half of profits raised on carnival day will be distributed to local good causes and groups who volunteer their support to help make the day happen.”

The Ilkley Town AFC Carnival 5-a-side football tournament will be hosted by Ilkley Rugby Club on carnival day, Monday 6 May. Teams for Under 7s, 8s, 9s, 10s boys and Under 10s, 12s and 14s girls are invited to join in the fun from 9am and then enjoy a family day out on the carnival’s East Holmes Field showground from 12noon.

Richard Giles, Ilkley Town Football Club Chairman, said: “We’ve seen the number of players soar over the past few years, yet we really struggle to accommodate the large number of players and spectators. The support from Ilkley Carnival will be phenomenal and we can’t wait to see how the community will benefit from this transformation. We hope to have both projects completed by 2020 Ilkley Carnival!”

Ilkley Carnival, which recently signed up Ilkley-based online training and personal development provider, High Speed Training as lead sponsor, has also announced Anytime Fitness Ilkley as the parade sponsor of the 2019 event for the second year running. The local gym will be encouraging visitors to put their best foot forward on the showground field by hosting a range of fun activities and handing out free gym passes on the day.