Melanie Onn, the former MP for Great Grimsby, has been named as the new Deputy Chief Executive for trade association, RenewableUK.

Ms Onn served as MP for Great Grimsby from May 2015 until the she lost her seat to Conservative Lia Nici. During her political tenure, she served as Shadow Minister for Housing, Communities and Local Government and Shadow Deputy Leader of the House of Commons.

In her new role as Deputy CEO, she will focus particularly on public speaking and media work.

She will also lead on helping the association’s supply chain members to grow, and on the development of the skilled workforce the industry needs, including opening up wider areas of the sector to more women.

Speaking about Ms Onn’s appointment, Hugh McNeal, Chief Executive of RenewableUK, said: “She’s a powerful advocate for renewable energy and has been instrumental in the transformation of Grimsby, a global hub for offshore wind. Melanie’s choice to join us is testament to the extraordinary impact that RenewableUK’s members are having as they build Britain’s future energy system.”

Ms Onn added: “This is an incredibly exciting time to be joining this innovative sector, as the public is demanding decisive action on climate change and the eyes of the world will be on this country as we host the crucial COP26 summit in November.

“RenewableUK’s members are driving the changes the UK needs to reach net zero emissions as fast as possible.

“The transition to a net zero economy is a once in a lifetime opportunity for the UK to create new industries and jobs.

“I only need to look at my hometown of Grimsby, where investment in offshore wind is playing a major role in starting to revitalise the local economy and supporting regeneration.” 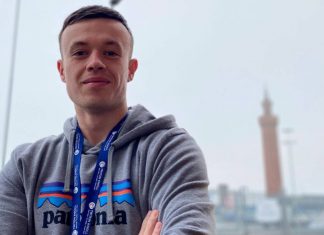 Dominic Cuthbert - 25th February 2020
Triton Knoll has added the first tranche of local talent to its offshore operations team in Grimsby as work progresses on the wind farm...