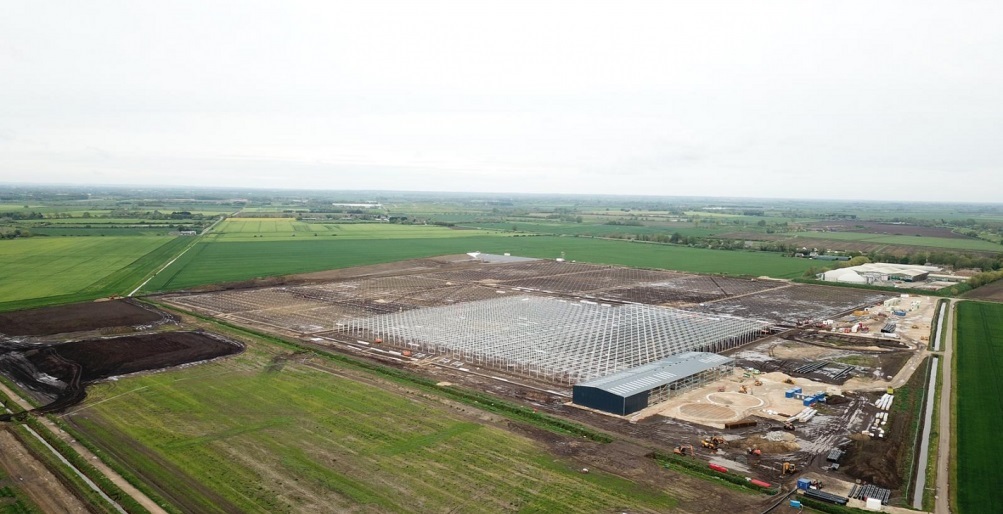 Fulcrum has secured a £5.5 million to support a multi-utility infrastructure project that will power a 22-hectare vegetable growing facility.

Working with AGR Renewables, Sheffield-based will design and install electricity, gas and water infrastructure for Greencoat Capital’s latest large-scale £85 million greenhouse near Ely, Cambridgeshire, which will be one of the largest built greenhouses in the UK and will have the capacity to grow 10% of the cucumbers consumed in Britain.

The Energy Centre will power open loop heat pumps, which will use heat from the nearby reservoir to warm the greenhouse.

As part of a world first, the CHP plant will also power LED lighting that will accelerate plant growth and increase year-round yields by 27%.

Carbon Dioxide (CO2) produced by the gas-fired CHP Energy Centre is then transferred to the greenhouse to be recaptured by the plants to further support the growth of the vegetables.

The renewable heating process will also deliver a 30% reduction in CO2 compared to conventionally heated greenhouses. It will also use 10 times less water than is used for field-grown vegetables.

This will be the third renewably heated greenhouse developed by Greencoat Capital and will also generate almost 300 full-time and seasonal jobs.

With plans for the greenhouse to be operational before the end of the first quarter of 2022, Fulcrum has already undertaken a programme of design and pre-mobilisation works to ensure that it can deliver the infrastructure within a relatively short timescale, enabling the energisation of the electricity and gas connections and completion of the water infrastructure before the end of this year.

“We have worked closely with AGR and Greencoat, bringing our experience of multi-utility infrastructure and CHP energy centres to ensure that this project can be delivered to a relatively short timescale, so vegetable production can begin early next year,” said Terry Dugdale, CEO of Fulcrum.