The latest phase of the on-going regeneration of Park Hill in Sheffield, is to be supported by a new £19.9m development finance agreement.

JV partners Urban Splash and Places for People have agreed the two-year funding deal with Lloyds Bank Commercial Banking Real Estate & Housing. The package will help to realise Phase 2 of the long-term vision for the site, announced last month.

This will include 195 homes including 1, 2 and 3 bedroom flats and 2 bedroom townhouses retaining the duplex and double aspect layout with balconies and 20,000 sq ft of mixed-use commercial space providing the opportunity for a variety of offices and workspaces, as well as a new café or restaurant and terrace

Urban Splash and Places for People are targeting local independent businesses and food outlets, alongside community-focussed organisations, for the commercial space.

Contractors are currently on site with completion of the project due in 2021.

Phase 3 of Park Hill’s regeneration has also started which will see a 356-bed student accommodation building being developed by Alumno Developments which will be occupied September this year.

Phase 4, which will deliver the new S1 Artpace alongside further residential units, has recently been granted planning.

Urban Splash acquired Park Hill in 2004 with a manifesto to transform the estate. Its construction between 1957-61 marked the apex of an era of mass social housing construction in the UK.

Park Hill had fallen into disrepair and became synonymous with urban deprivation by the late 1990s.

Phase 1 of its regeneration is complete and has over 700 people living and working there in the 260 homes and 10 businesses.

Rob Marriott, associate director, Lloyds Bank Commercial Banking Real Estate & Housing, added: “Park Hill is a fascinating project. This is a property that dominates Sheffield’s skyline offering unrivalled views across the city, yet years of neglect had eroded the strong sense of community it once enjoyed. With Urban Splash and Places for People at the helm, it has been reborn and now represents a new era of mixed tenure, quality, city centre living and community.

“We want our development finance to support as many projects as possible that deliver significant social and economic value, so having the chance to play a role in the transformation of a site as important and iconic as Park Hill was an opportunity we have pursued passionately.”

Julian Curnuck, CFO at Urban Splash, said: “The expertise from Lloyds Bank’s specialist team has been invaluable to us as we worked together to put the funding agreement in place and means we can accelerate Phase 2.

“In total over £100 million will be invested in regenerating this Brutalist masterpiece and returning it into a key Sheffield destination. Urban Splash and Places for People have been proud to play a key role with partners Great Places, Alumno, Homes England and Sheffield City Council  and now Lloyds bank – another great example of partnership working.” 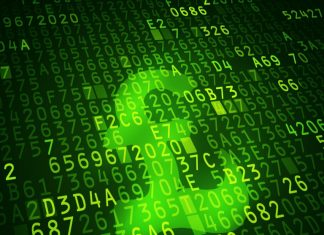