With only 100 days to go until the UK leaves the EU, 82% of UK business leaders think the Government is not negotiating the best Brexit deal for business, according to new research from BDO.

This dim view of the government’s negotiations may be in part due to the lack of clarity that businesses have received, with 74% of the 353 business leaders polled suggesting they don’t have a clear picture of the UK’s future trading relationship with the EU, with no end to the confusion currently in sight.

Unsurprisingly, this confusion has led to significant pessimism amongst the business community, with 60% of business leaders suggesting they’re feeling less optimistic about leaving the EU than they were when the referendum result was announced, whilst 61% believe Brexit will have a negative impact on their businesses growth in the next 12 months.

The research highlighted that among the foremost concerns for UK businesses is a growing skills shortage, compounded by potential decrease in access to European talent.

With the likelihood of new visa rules and a fall in immigration potentially shrinking the talent pool, almost half (49%) of the business leaders surveyed believe that a focus on tackling the UK’s skills gap will most help their business thrive post-Brexit.

“It comes as no surprise that business leaders in the UK feel so pessimistic given the confusion that continues to surround Brexit,” said BDO Managing Partner Paul Eagland.

“As well as making headway with the UK’s exit deal, the Government must focus on domestic policies that will ease the pressure on business, starting with policies to help address the UK’s skills gap.

“We want the Government to reinstate the two-year post-study work visa to help address the manufacturing and tech skills shortage.

“This gap already exists and will only grow post-Brexit, so it’s vital that the government begins to consider potential solutions immediately.

“We also believe that apprenticeship places secured by schools and colleges should carry more weighting by Ofsted, to encourage students who may be considering taking alternative routes than university.” 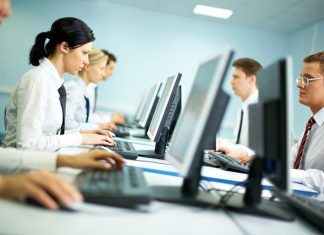