People from all backgrounds have been urged to become a magistrate as a new recruitment drive seeks to increase the number and diversity of those fulfilling this vital role.

Efforts to boost the appeal of the magistracy, to current incumbents and potential applicants, will focus on ensuring that magistrates roles are rewarding and meaningful. In order to attract more new applicants, the Ministry of Justice will work closely with the magistracy to develop a new recruitment strategy that aims to streamline the process and encourage greater diversity.

The move follows a report by the Justice Select Committee recommending a series of measures designed to make working as a magistrate more appealing.

The government has worked since 2015 to increase recruitment of magistrates. According to a survey carried out by the Judicial Office in 2017, 80% of respondents said they had a strong feeling of satisfaction with their role; 89% said they had a strong personal attachment to the role; and 91% said they would recommend the role to friends or colleagues.

Justice Secretary & Lord Chancellor Robert Buckland said: “More than 1,000 new magistrates were recruited in 2018 alone but we are aware there is more to be done. That is why we are working closely with the judiciary to ensure an easier and faster recruitment process as well as improving diversity and, importantly, boosting morale.

“Magistrates continue to be a central pillar of our world-class justice system, sacrificing their valuable time to give back to their local communities. I would encourage anybody interested in the role to consider applying.”

Work will include establishing a Magistrates Recruitment and Attraction Steering Group, jointly headed by the Ministry of Justice and leadership magistrates, to drive this activity – promoting the magistracy and increasing recruitment, with a particular focus on increasing diversity.

Potential candidates will receive better and clearer information on what the role entails, what the application process involves and the vacancies that are available in a particular area. Research will be carried out to understand what recruitment activity has been successful and ensure that good ideas and best practice are shared across the magistracy, including in areas that struggle to attract sufficient candidates.

Work with communications and marketing experts will help to target marketing and recruitment activity more effectively, and there will be more work to promote the benefits to employers. This work will raise the profile of the magistracy with the aim of recruiting more diverse members.

The implications of a change to the retirement age for all judicial office holders, including magistrates, will also be consulted on publicly in due course. A new tool is being developed to plan more effectively for long-term recruitment needs, bringing together data and analysis about magistrates in post, expected resignations and retirement rates.

The government also committed to begin a review of magistrates’ expenses in 2019 and work has now begun. 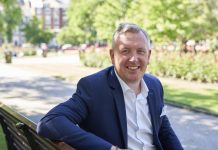 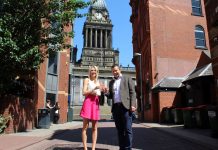 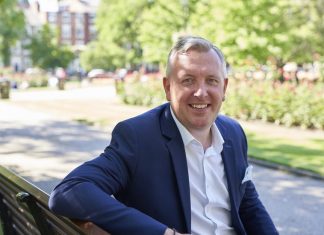 9th April 2020
Nick Smith has been appointed to Group Managing Director of Leeds-headquartered Reward Finance Group. He takes over the role from Founding Directors, David Jones and...