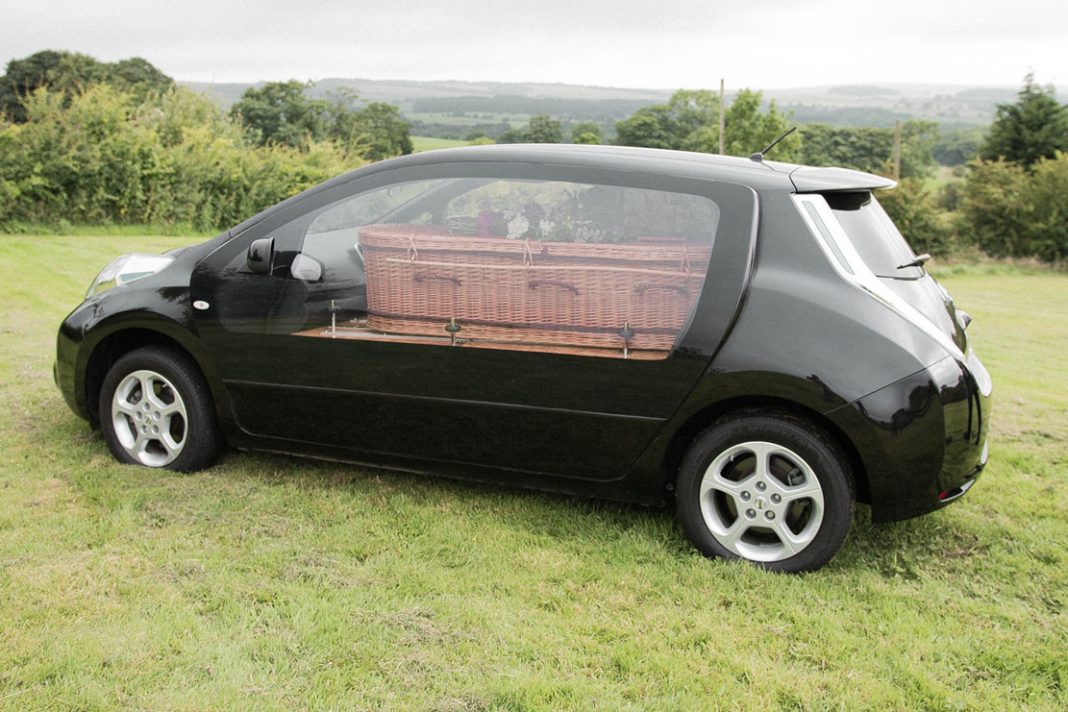 The eco-hearse is based on a specially-adapted Nissan Leaf, which is widely recognised as one of the world’s most successful electric cars.  The hearse is completely electric with a 100-mile range, fast charging capability and is an alternative to a mainstream hearse.

Sarah Jones, who founded Full Circle Funerals last September, says: “The vehicle is silent, very dignified and environmentally friendly.  It also has a much softer, less formal appearance than a traditional hearse, which is proving to be popular with our clients, and approximately half are currently choosing it over a traditional hearse.

“Our philosophy at Full Circle Funerals is about offering people a more personalised planning experience, regardless of whether they would like a traditional or modern funeral, and being transparent about price throughout.  Having the option of creating a more bespoke funeral can significantly improve the grieving process.

“Giving people a choice when it comes to the hearse that their loved one makes their final journey in, is a key part of this.  It’s an alternative option and another way for a person to leave a legacy, minimise their carbon footprint and convey what might have been important to them, at such a reflective time.”

Full Circle Funerals opened on Otley Road, close to Guiseley’s White Cross Roundabout, in September 2016, following a £350,000 investment and the creation of four jobs.  The company operates predominantly in Guiseley, Ilkley and North Leeds and Bradford.