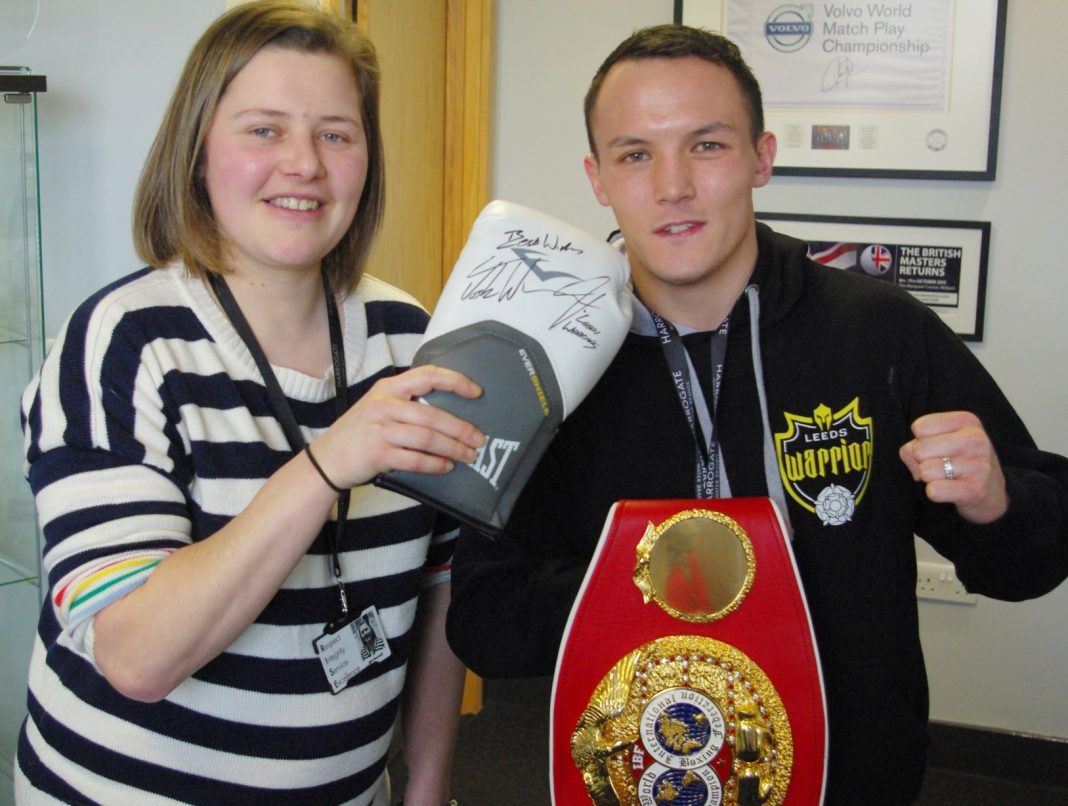 Harrogate Water is proud to announce its support for Leeds boxing sensation Josh Warrington to keep the world champion hydrated in his quest for more championship glory.

“I easily get through four or five one and a half litre bottles of Harrogate Spring water a day. It’s good for your skin, good for your thinking, satisfies hunger cravings and helps your body fight infection,” said the ‘Leeds Warrior’.

“I never feel right if I’m not properly hydrated, which is key in my sport when you are training hard and experiencing physical trauma, taking blows to the body and head.”

Erin Boswell of Harrogate Spring said: “It is fantastic to hear Josh speak about the importance of healthy hydration in sport and just how vital it is to achieve peak performance in the ring. We’re proud to be keeping Josh hydrated as a true Yorkshire legend and world champion, putting Yorkshire on the map in his sport as an elite athlete”.

Josh, 28, is the first world boxing champion to hail from Leeds and won the IBF belt in front of 20,000 spectators at his beloved Elland Road in May 2018, beating favourite Lee Selby on points. He was again the underdog going into his first defence against Carl Frampton at Manchester but came close to stopping the Irishman before winning a unanimous points decision. He is unbeaten in 28 bouts and next fights Sheffield’s Kid Galahad. Victory may open the way for a unification fight with WBA champion Leo Santa Cruz, who was beaten by Carl Frampton in 2016. The Mexican is currently rated the best featherweight in the world, but Josh will certainly have something to say about that.

Josh visited the Harrogate Water bottling plant for a tour of the facility and to learn all about Harrogate’s naturally sourced water and how they are leading the way in sustainability.