Historic mill complex to be transformed into 117 apartments 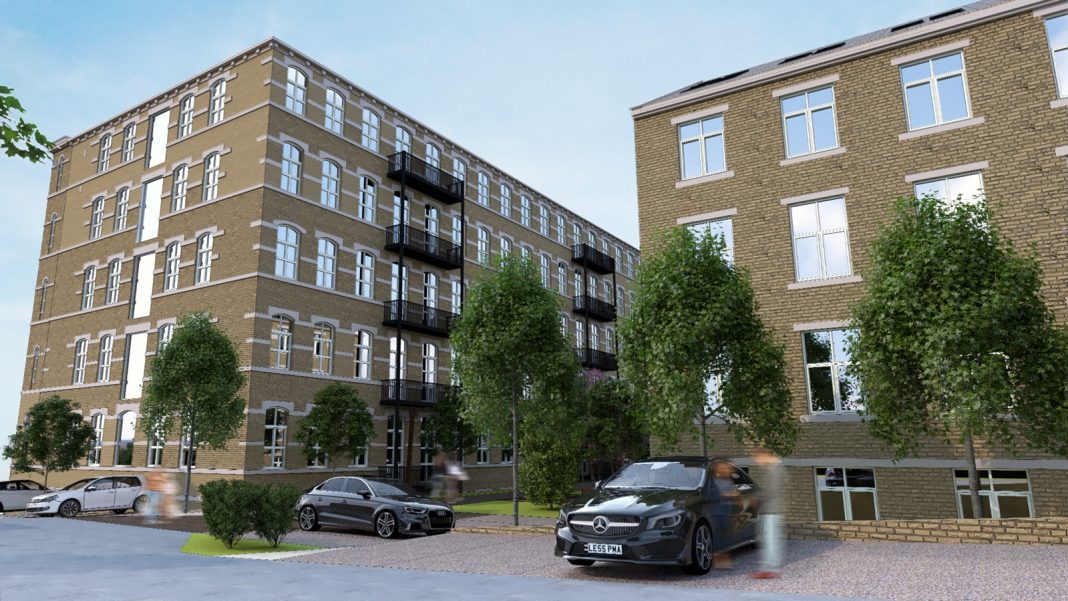 A Grade-II listed mill complex close to Bradford city centre, that has fallen into a state of disrepair, will now be transformed into 117 new apartments after planning permission was granted by officials at Bradford Council.

Barkerend Mills, which is less than half a mile from Little Germany, consists of three main buildings and will be developed by Barkerend Mills Ltd. The scheme has been designed by Brewster Bye Architects.

The site’s two main buildings, known as Barkerend Mill and North Mill, will be converted into a mix of one, two and three bedroom apartments, and the third building, Tahiti Mill, will be demolished to make way for an outdoor area and car parking area.

Standing six-storeys high, Barkerend Mills was once one of Bradford’s leading worsted spinning mills, employing more than 400 people. It closed in 1996 and was more recently used by a distribution business up to 2017.

Peter Hemingway, director at Barkerend Mills Ltd, said: “The size and scale of Brakerend Mills makes it extremely prominent locally and it’s sad to see such a landmark standing empty and neglected for so many years, so securing planning permission is very good news for the Barkerend area as a whole.

“The site is three quarters of a mile from Centenary Square and The Broadway Centre and there are three bus routes passing within a minute of the site, so it’s extremely well connected. There’s also limited development in the local area, so we’re confident these high quality, well-designed apartments will be popular.”

Architect Nathan Wilkinson, who is a director at Brewster Bye Architects, said: “We’ve specifically designed this development to reveal the structural frame of the building as well as its rich industrial past. This will involve restoring the existing fabric of the buildings as much as possible and integrating the whole development into the overall street pattern of the surrounding area.

“Particular care will be taken to conserve key original features in the main building such as its impressive engine room and ‘rope race’, which originally housed the belt drives for the spinning machines. Crucially this will restore an important part of Bradford’s industrial heritage and will ultimately help to create a development that is full of character and history, where people aspire to live.”