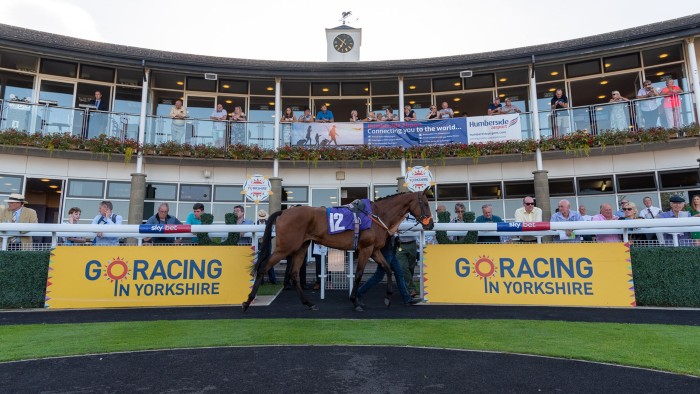 A major study has revealed that the horse racing industry contributes in excess of £300 million a year to the Yorkshire economy.

The study, commissioned by Go Racing In Yorkshire on behalf of Yorkshire’s nine racecourses, into the economic impact of horseracing in Yorkshire was carried out by the Centre for Regional and Economic Research at Sheffield Hallam University thanks to funding from the Racing Foundation.

Using pre-Covid data from 2019, the study revealed that the horseracing industry in Yorkshire contributes £300.2 million to the county’s economy, through both racing and non-raceday events.

Among the key findings were that racegoers spent £34.1 million off-course, on things such as transport, food, beverages and hotels, while those attending the racecourses for non-racing events such as conferences spent £15.3 million in the county.

The industry supports more than 3,600 full time equivalent jobs, over three quarters of which are in rural areas. Over 2,400 horses are trained in the county, which represents 17% of all racehorses trained in Britain, while the county is home to 15% of Britain’s trainers.

John Sexton, Chairman of Go Racing In Yorkshire, said: “A first economic impact study was commissioned in 2010 using 2009 data and we felt it was important to update those findings. We wanted to look at the impact racing has on the Yorkshire economy and the benefits it brings to the wider community. We are very grateful to the Racing Foundation for their support of this study.

“Yorkshire serves every strata of racing life, with nine racecourses, staging some of the world’s most important races, two major training centres at Middleham and Malton, a major Sales venue at Doncaster, the National Racing College, a state-of-the-art rehabilitation and recovery facility for jockeys and stable staff at Jack Berry House and the New Beginnings retraining centre.

“The study was commissioned before the Covid-19 pandemic struck and the effects are being felt in Yorkshire as much as any other part of the world. This timely piece of research reinforces how vital horseracing is to the Yorkshire and rural economy, plus the social and community aspect of the industry.

“Early assessments show that Covid-19 could reduce the impact of racing on the Yorkshire economy by 72% at a cost of £114.8m, underlining that the sooner we can get back to normality the better.”

Ian Wilson, Deputy Director, Centre for Regional Economic and Social Research and author of the study said: “The study has revealed the value of Yorkshire’s horseracing industry to both the economy and social fabric of the region.

“As well as making a significant economic impact, the industry supports more than 3,600 full time equivalent jobs in the region, over three quarters of which are in rural areas – where it is a main employer.

“Through the National Horseracing College and charities such as Racing Welfare the industry also provides specialist support to those entering horseracing to be successful and happy in their work.”

The Institute of Directors has appointed Paul Stanley, CEO of Harrogate based energy business CNG, as a new Ambassador to its North Yorkshire committee. Paul...
Read more
Finance

The first phase of the £17 million Treadmills regeneration project has opened to the public in Northallerton. Supermarket group Lidl, the retail anchor for the...
Read more
Finance

Industrial chemical specialist, Airedale Chemical, has invested £200,000 to install solar panels as part of its continued commitment to reducing the its carbon footprint. The...
Read more

The first phase of the £17 million Treadmills regeneration project has opened to the public in Northallerton. Supermarket group Lidl, the retail anchor for the...
Read more