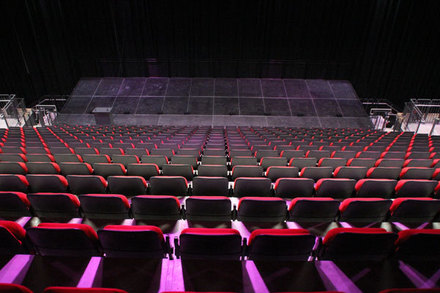 Hull has set its target on becoming as one of the key conference locations in the UK, tapping into business worth an estimated £18bn annually to the UK economy.

The city wants to recruit its own Conference Champions, across a wide-range of professions, who are passionate about promoting Hull as the ideal place to hold conferences.

Hull is looking to replicate the success of Glasgow. The Scottish city launched a similar initiative 28 years ago. In 2015, Glasgow Conference Ambassadors generated £70m of events for Glasgow.

He said: “Champion initiatives are fundamental to cities building the conference element of the tourism offer. Every competitive destination has to mix leisure and tourism with business and conference tourism. A Conference Champion programme builds real support for this effort through a city’s very best ambassadors – its people.”

Cllr Craker said: “These are exciting times for Hull. We’ve invested a lot of money in the city over recent years with large projects such as the public realm work and the Bonus Arena.

“There has also been significant private sector investment in venues with the opening of the new DoubleTree by Hilton, and major refurbishment of many of the conference facilities at the University of Hull, to name just two.

“We know how fantastic Hull is, but it’s now important to open up our city to a wider audience. Conferences bring valuable income to the local economy, as we’ve seen from what other destinations have achieved. Over recent years, Hull has hosted a range of successful conferences, but following recent investments in infrastructure, hotels, event spaces, bars, restaurants and entertainment packages we are eager and ready to welcome more conferences to Hull.

“We are a city that offers so much, and we are open for business.”

The city’s conference team provides a range of services to support the Hull Conference Champions initiative, offering the support necessary to inspire and enable individuals to host their conference in Hull.

Conference Champions are experts in their field, their influence is the driving force in attracting national and international conferences to Hull.

During the summer, the 2018 British Chess Championships were held in Hull for the first time in more than 100 years.

Stephen Greep, general secretary for the Hull and District Chess Association, was influential in bringing the tournament to Hull.

It is hoped that Conference Champions who share Stephen’s knowledge of, as well as ambition for, the city can be influential in bringing similar large events and conferences to Hull.

Stephen said: “1500 people descended upon Hull to play in tournaments from the Under-8s to the Over-65s, as well as the world-class British Open which featured many of the top 100 players in the world.

“Hull was selected because, first and foremost, with Hull City Hall we had a fantastic venue right in the heart of the city centre, with everything everyone needed on our doorstep. Secondly, we had a fantastic team of supporting organisations – it was everything we could have wished for and more.

“The feedback from the players was that it was the best championship ever.”

Competition for jobs has intensified as the lockdown eased with applications rising by 32% in June, according to a new market report. The report, from...
Read more