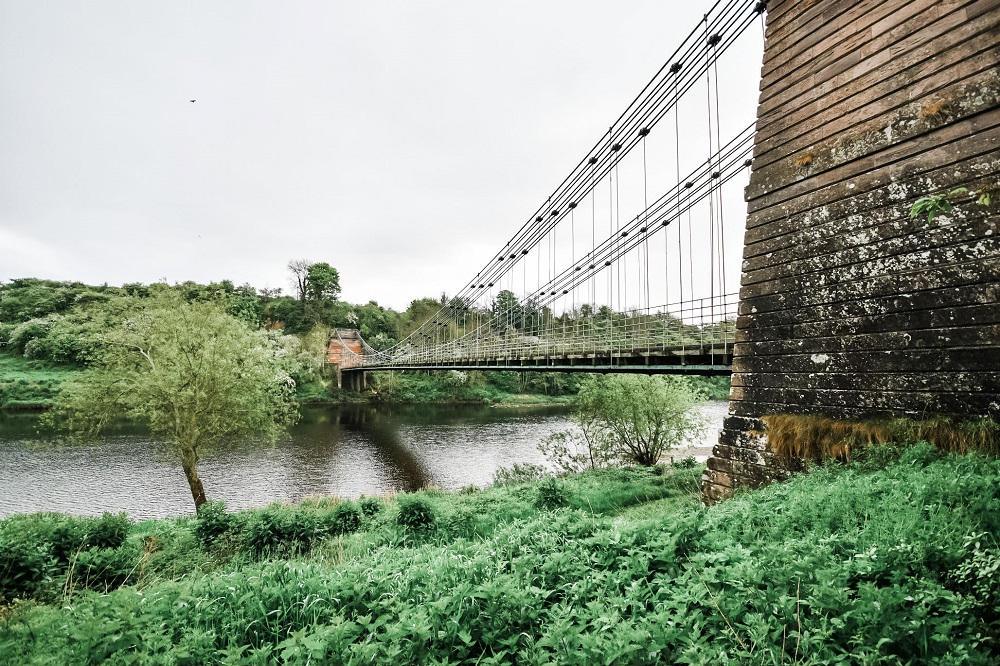 With a single span of 449ft, the historic crossing over the River Tweed from Horncliffe in Northumberland to Fishwick in Berwickshire was the longest wrought iron suspension bridge in the world when it opened in 1820.

Spencer Group has been appointed by Northumberland County Council to dismantle the bridge and carry out a complete refurbishment and rebuild to mark its bicentenary.

A key element of the project will be to ensure all modifications are in keeping with the historical significance of the bridge. This will include restoring, rather than replacing, the existing suspension chains and using the same type of stone to repair masonry work on the bridge’s two towers.

As well as removing and relaying a new deck, restoring the chains to their original stretch and refurbishing the towers, the group will also remodel the English and Scottish approach roads to incorporate parking for visitors to the bridge, which is accessible to both vehicles and pedestrians and is a popular tourist attraction.

“The Union Chain Bridge was the first of its kind in the world when it was built and needs to be maintained for perpetuity because it is such an iconic structure,” said Joe DiMauro, Off-site Project Manager for Spencer Group.

“It has been in place for 200 years and this work will ensure it will remain for another 200. Our challenge is to make the bridge as good as new, while not changing its appearance and retaining the key original parts, such as the chains and links, that make it unique and of such historical importance.”

The project is expected to take 16 months to complete, with the bridge inaccessible for around a year.

Keyland Developments, the property trading arm of Kelda Group and sister-company to Yorkshire Water, has been appointed as the sole Land Broker on a...
Read more
Finance

boohoo, the online fashion retailer, has acquired all of the intellectual property assets (including customer data and related business information and selected contracts) of...
Read more