The talks, which saw chamber business leaders join with Hull MPs Diana Johnson and Emma Hardy, focused on the issues facing Humber businesses during the Coronavirus pandemic, so that key messages can be fed directly back to Government.

In a first for Chamber Council members, President Phil Jones hosted the meeting on a video-conferencing platform, where key issues such as furloughing, redundancy, access to bank loans and how we might emerge from the lockdown were all covered.

Diana Johnson and Emma Hardy said they had heard from many people concerned about having to be at work while social distancing, but noted that local employers have been keen to do the right things.

Ms Johnson acknowledged that the Government had been doing its best to support business, but noted that after delivering his first Budget, Chancellor Rishi Sunak had been having to rewrite it ever since, and there are some holes in the measures with some businesses slipping through the net.

The MPs were keen to hear directly from Hull and Humber businesses so that they could feed back what is actually happening during their daily conference calls with the Cabinet Office which is co-ordinating Government’s response to the Coronavirus crisis.

The meeting heard that while some businesses were carrying on almost as normal, with many staff working from home, others like the UK’s most successful Millennium Project The Deep has serious concerns over coping with the Coronavirus crisis with no visitors attending the attraction during a key period of the year.

Access to finance and loans was a major issue for many Humber businesses, as banks are reportedly treating the 20% of a loan they pay out in the same way they would any commercial loan, despite the fact that the other 80% is underwritten by the Government.

It was suggested that we might follow the example of Switzerland where 100% of the loan is underwritten by the Government, so the money can get to where it needs to be more quickly and keep our businesses afloat.

Mr Jones felt a big problem was the uncertainty over the timing of payments. Businesses will have to do their payroll again soon and currently have no idea when that money will come back. Smaller businesses have less working capital than supermarkets, for example, and the uncertainty was worrying.

Vice President Mike Whitehead highlighted that the furloughing arrangements will let companies pay salaries by the end of month and he felt our local authorities were to be applauded for getting the cash out, but noted that things were falling down in relation to the banks, and the support they’re giving. Some firms which are applying for the Coronavirus Business Interruption Loan Scheme (CBILS) to keep them going are being told to go away by the banks.

Ms Hardy highlighted that some people were falling through the net because of the way they pay their rents and are not eligible for any support, while people like hairdressers and salons which rent chairs are also falling through the gaps in support.

Kathryn Shillito from HullBID praised Hull City Council for being pro-active in trying to help City Centre businesses in Hull, but raised concerns about the future of some of the city’s shops and questioned what the city centre might look like as we emerge from the lockdown.

Alan Worthing from KCOM said the business was surprisingly busy, with the vast majority of people having to work from home. He said there were a few challenges with engineers being regarded as key workers, but maintaining the network is key and in line with Government directives.

Locally they have been supporting the region and local area. They had also removed all of data usage caps which had put a few challenges on the core, but they hadn’t seen any network issues. He also highlighted that KCOM had committed not to disconnect customers or charge late payment fees. Some business customers could apply for a payment holiday, and KCOM had agreed to support two charities locally and are doing some work on Government guidance on supporting the NHS.

The Chair of the Chamber’s Shipping & Transport Committee, Albert Weatherill, paid tribute to the shipping industry which is as busy as ever. The shipping industry through the ports never stops and is sometimes seen as an invisible industry, but a lot of people were just getting on and doing the jobs they always do to keep supplies coming into the country and should be recognised for their efforts. The two MPs agreed with this view

Bad debts were another concern, with some bigger firms reportedly extending their credit terms from 30 to 90 days, which it was suggested could be seen as abusing small businesses which will struggle with cash flow. It was acknowledged that it would be the smaller SMEs which would take the brunt of that.

In the construction industry it was noted that a lot of independent self-employed contractors want to carry on working. However, construction firms are struggling to get supplies because a lot of builders merchants have closed down during the lockdown. 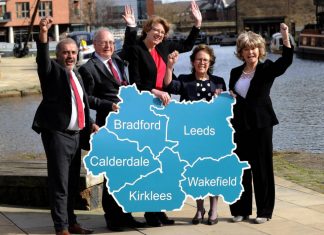