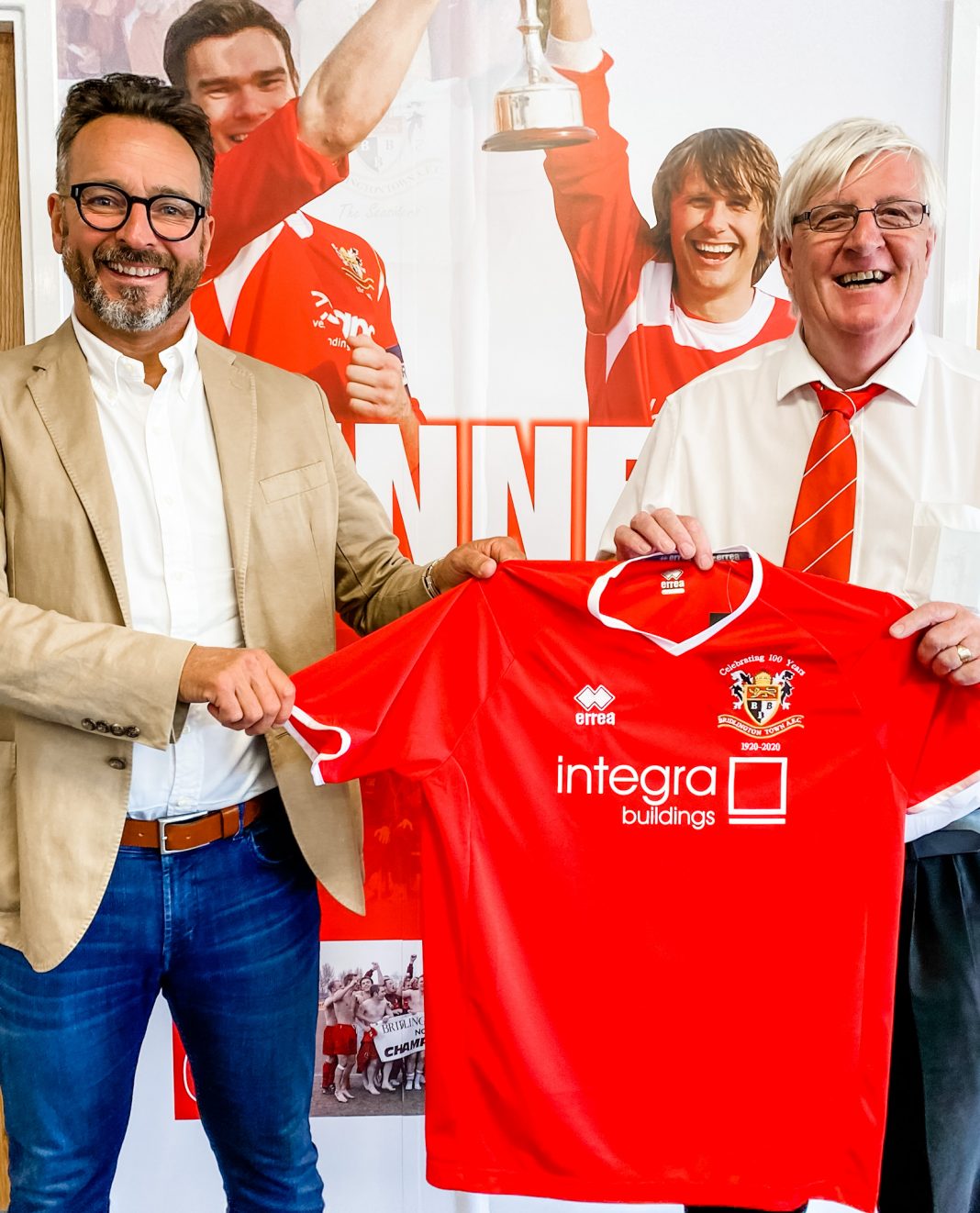 East Yorkshire-based Integra, an award-winning designer and manufacturer of bespoke modular buildings, has become the principal club and shirt sponsor for the 2020/21 and 2021/22 seasons, providing the club with a major boost following the suspension of games due to the Covid-19 crisis.

It means the Seasiders, who play in the Premier Division of the Northern Counties East Football League, will wear the Integra company name and logo on their shirts when they return to action.

Built using cutting-edge modular techniques, the clubhouse was manufactured in seven parts at Integra’s production facilities in Paull, east of Hull. These units were then transported by lorry to Bridlington, where they were assembled to create the new building.

The first-class facilities will help improve access to grassroots sport across Bridlington and the surrounding area and benefit the community for years to come.

Gary Parker, Managing Director of Integra Buildings, said: “We’re delighted to have agreed to sponsor the Seasiders for the next two seasons after enjoying such a strong relationship while working together on the new clubhouse.

“We’ve seen at first hand over the past few months what a great community club this is, so we’re proud to be able to support their important work to promote grassroots football at all levels.

“By providing new, high-quality facilities, the new clubhouse will play a major part in attracting even more people – young and old – to the game and supporting Bridlington Town AFC.”

Pete Smurthwaite, Chairman of Bridlington Town AFC, said: “Being supported by a company of the stature of Integra is a great boost for the club.

“Not only that, but they’ve built us a clubhouse that will be the envy of a great many non-league football clubs in this country. It’s a fantastic facility.

“We had a very tight deadline to get the building up and running before the start of the new season, and despite all the challenges brought by coronavirus, Integra pulled out all the stops to complete on time.

“The clubhouse is not only a valuable asset to the football club but also to the community of Bridlington, as it is available for use seven days a week and will help us to improve grassroots sport in and around Bridlington.”

Integra Buildings is at the forefront of the UK’s rapidly expanding modular construction sector. Its growing customer base ranges from major construction companies, to local authorities and other public sector bodies.

Integra also specialises in sports facilities and has delivered a series of grassroots football projects across the country.

The new clubhouse was made possible after Bridlington Town was awarded funding by the Premier League, through the Football Stadia Improvement Fund (FSIF). As the sister organisation of the Football Foundation, the FSIF is the largest funder of non-league football in the country.

The £100,000 FSIF grant, along with an £150,000 grant from the Yorkshire Coast Community Led Local Development Programme in connection with the East Riding of Yorkshire Council, enabled the club to replace an ageing clubhouse that had been in need of renovation.

Bridlington Town is currently playing pre-season friendlies, with matches held behind closed doors, following the abandonment of the 2019/20 season in March following the coronavirus outbreak. The club is currently looking to start the new league season in early September.

The founder of Yorkshire-based Hatmill, Simon Dixon, has been named regional Service Industries Entrepreneur of the Year for Yorkshire and the North West at...
Read more

Senior councillors will look at plans to press ahead with a bold transformation of one of York’s most significant city centre areas at the...
Read more