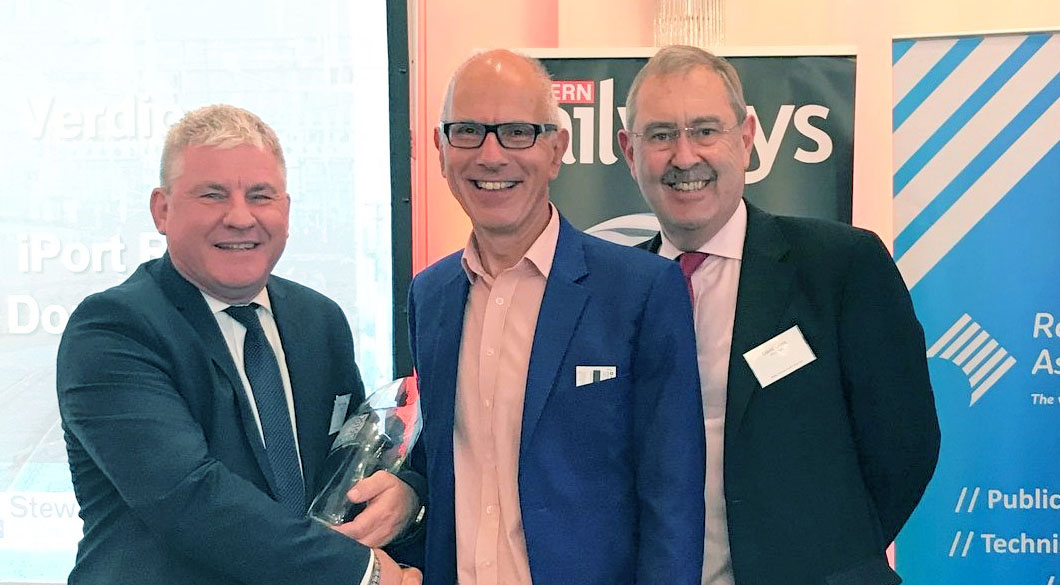 iPort Rail has won its first award by being named Major Project of the Year at this year’s Rail Industry Innovation Awards.

The company, based alongside the Great Yorkshire Way at Doncaster, has made significant progress in the last twelve months. Its first rail service started in September, a week after a formal opening by HRH The Princess Royal. Since then, routes to and from Felixstowe have started and PD Ports has confirmed a third service – to and from Teesport twice in 24 hours.

More routes are expected to follow by the end of the year too, with our state-of-the art operations, capacity for the UK’s longest trains and storage space for 1,500 TEUs all an attraction. The team is also working hard and maintaining operational efficiency and high safety standards while each new service comes on stream too.

MD Steve Freeman said: “So many people have worked exceptionally hard to bring iPort Rail forward to this point. This award is public acknowledgement of their skill and commitment, and a very well-deserved moment to reflect on our success so far.

“We’re expecting iPort Rail to increase in popularity too, as more businesses regionally and nationally see the difference our location, connections and on-site warehousing, can make to their supply chains.”

The awards, which were founded in 1998, are organised by the 4th Friday Club and sponsored by the Railway Industry Association, Stewart Signs, 3M, and Modern Railways.