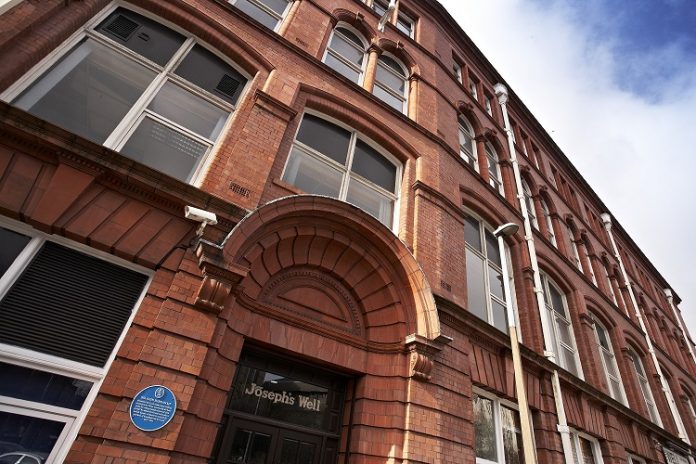 Three new deals have been concluded at the flourishing Joseph’s Well office development in central Leeds.

These deals follow hard on the heels of St George’s Crypt, digital agency Blue Mantis and recovery and insolvency specialist Lewis BRI, who have all signed brand-new leases at Joseph’s Well already this year.

The deals endorse the transformation of the 156,000 sq ft five-storey building in Westgate, which was originally built for Leeds clothing magnate and MP Sir John Barran.

The regeneration of Joseph’s Well was undertaken by Leeds-based property company J Pullan & Sons, who moved their offices there last year.

EFI are relocating from serviced offices elsewhere in Leeds, while both Delta Simons and the Brains Trust are expanding within the building.

Damian Robinson of Delta-Simons explained: “Our northern region has experienced significant growth since originally moving to Joseph’s s Well over two years ago. Our decision to invest in the Northern Powerhouse region four years ago has proved to be a good one.

“We have built a talented team of 35 technical staff (and counting) and as such needed larger space. Joseph’s Well is an ideal location for our Leeds office and the facilities are great – so we waited until something larger became available to suit our growth.”

Natalie Behan of EFI added: “Our move into Joseph’s Well has been really seamless, Bruce Strachan and the Pullan’s team provided a great support when we moved in. We have settled in well.”

Meanwhile William Jones of the Brains Trust commented: “When it came to considering our options for taking on more space this year, it made perfect sense for us to expand within Joseph’s Well.

“As a charity our focus must always be on securing great value, and a thorough review couldn’t uncover alternative city centre premises to match the convenience, quality and affordability of Joseph’s Well.

“The support and flexibility of the Pullan’s team came into full force and we have been able to move seamlessly and very quickly, allowing us to focus on achieving yet another year of record reach and impact for our beneficiaries who are coming to terms with life following a brain tumour diagnosis, and of course, the vital fundraising that means we can do this work.”

Bruce Strachan, Property Director of J Pullan and Sons, commented: “These three new deals underline the continuing popularity of Joseph’s Well. Following the refurbishment, we have seen an increasing level of interest in Joseph’s Well resulting in new lettings. Our new tenants reflect the versatility and flexibility of space here, which is attracting a real breadth of occupiers.

“Moreover, the decision by existing tenants to expand within our building is a glowing testament of the quality of Joseph’s Well and a resounding endorsement of our aim to nurturing companies and encouraging them to grow.”

Richard Fraser of property agents Carter Towler, who are marketing Joseph’s Well, said: “The latest lettings are testament to the investment made by J Pullan & Sons Limited, delivering a quality office product that suits a range of occupiers which, when combined with the dedicated onsite management team, extensive on-site car parking and competitive rent, makes Joseph’s Well some of the best value office space in the city.”

Sir John Barran pioneered the Leeds ready-made clothing industry in the 1850s, introducing the band knife for cutting multiple layers of cloth. In 1887 he added Joseph’s Well to his other factory in Park Square. As Mayor of Leeds, he secured the purchase of Roundhay Park for the city. Sir John also served as the Liberal MP for Leeds from 1876 – 1885.

The joint marketing agents with Carter Towler for Joseph’s Well are the Leeds office of WSB. 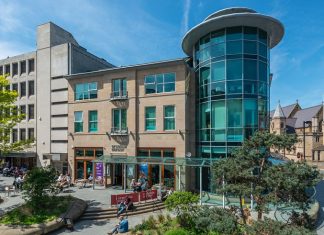