JRI Orthopaedics has continued its international expansion by breaking into the Brazilian market with its VAIOS shoulder replacement system.

The unique modular design has addressed key challenges in shoulder replacement surgery to help improve success rates and made the job of the surgical team easier by significantly reducing the number of component parts and instruments.

Product Manager John Suggitt said: “I think VAIOS demonstrates the best of British design and manufacture and shows what can be achieved by a company working with leading academic and clinical partners to deliver effective solutions to improve outcomes for patients requiring shoulder replacement surgery.

“We have a great distributor, Osteocamp, and are delighted to have entered the Brazilian market, which is growing rapidly and is potentially huge. As part of our plans for further expansion into major international markets, we are also aiming to launch VAIOS in the US early next year.” 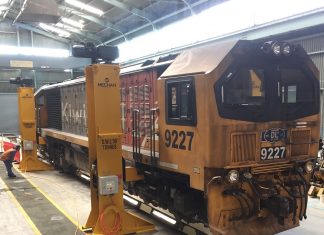 21st May 2020
Mechan is supplying equipment to two rail depots in New Zealand as the Sheffield-based rail maintenance equipment specialist bolsters its reputation internationally. The manufacturer is...