To support the expansion, the builders merchant has hired five more staff and has plans to create two more jobs by the end of the year.

The firm has invested a total of £1.4 million in the new store on New Mill Road, Brockholes Holmfirth, with the business expecting its main road location to drive more custom through passing trade.

JTD began building its new home in September 2017 so it could relocate from its previous leased unit at Meltham Mills Industrial Estate, which it had outgrown.

Since the business started trading in 2011, it has grown its turnover to more than £3 million per annum. The builders merchant hopes that the new store will help it to double its revenue in the next two years.

MD Tony Sharkey said: “Having a larger site with an outside yard ultimately allows us to stock more products and better serve local traders involved in construction, DIY or building maintenance.

“The new store also represents a huge milestone in the fast growth of our business, and we’re confident it will give us the capacity to expand further, alongside Lloyds Bank’s support.”

Ben Cutts, relationship director at Lloyds Bank, added: “JTD is an impressive company that’s experienced remarkable growth since its inception only a few years ago.

“Building a new store while running an existing one can put a strain on a business’s cashflow. But support is on hand to help firms to invest in growth without impacting day to day finances.” 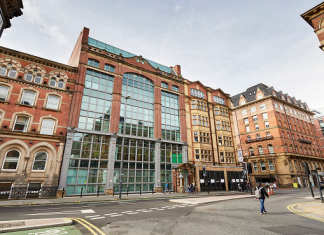