Leeds construction company, Castlehouse Construction, has opened a Manchester office during a record year for the business which has seen a 125% order book increase to more than £25 million.

Castlehouse Construction, which has just celebrated its 10th anniversary, has established a base at 82 King Street in Manchester City Centre following a sustained period of growth for the business with projected turnover for the next financial year at £30 million.

The company already has a wealth of North West projects under its belt including a range of new builds for leading national retailer Lidl, with whom it has a national framework in place, in Rochdale, Bury, Stockport and Blackpool.

The firm has also undertaken projects for Aldi, Netto and Iceland across the North West and has recently been instructed on a 28 bed conversion project on behalf of Exemplar Healthcare in Liverpool.

The new Manchester office will enable Castlehouse to service its growing North West client base, expanding development pipeline and to target new markets.

Richard Lumley, Chairman of Castlehouse Construction, commented: “The establishment of the Manchester base reflects our commitment to our existing North West projects and demonstrates our confidence in the region’s development pipeline moving forwards.” 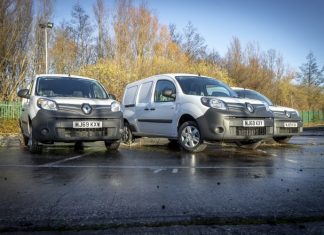