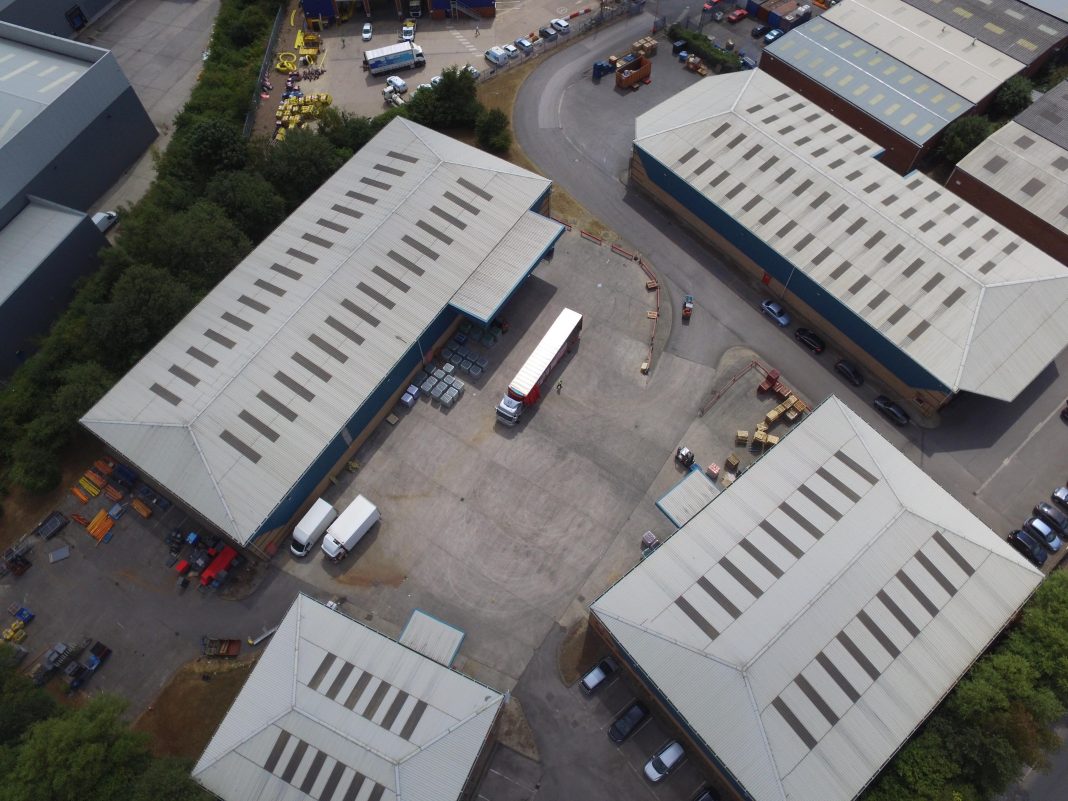 Four units, totalling circa 48,000 sq ft of industrial space, at an established trading estate in Leeds are now all fully occupied.

Joint agents Gent Visick and Jones Lang LaSalle have sold one unit on Sefton Park, Felnex Trading Estate in Leeds for an undisclosed sum to SDL Minorfern, a family-run firm that is one of the UK’s leading distributors of replacement parts for cars and vans. The other three units have been leased to Safeguard Armour Ltd, Aspiration Life and Northern Gyms.

Nick Holland, from SDL Minorfern, said: “Freehold property for sale is particularly difficult to find at the moment, and the strategic location of this site really appealed. We were keen to open a distribution facility in Leeds to service our expanding client base and Sefton Park fitted the bill perfectly.”

Sefton Park was built in the early 1990’s by Henry Boot Construction for Stephen Jacobs, the former owner of Morris & Son – one of the largest wholesalers and residual stock management specialists in the UK. The company occupied the buildings until it relocated to Barnsley in October 2019.

Safeguard Armour Ltd has let unit two, which is circa 17,000 sq ft, on a 10-year term. The manufacturer and designer of body armour solutions was established in 2006.

Aspiration Life has let unit three, which is circa 4,400 sq ft, on a five-year term. The company distributes healthcare products to the general public, primary care, NHS hospitals and home care markets. The firm also has an active export division specialising in the Middle East and African markets, as well as selling across the world. Northern Gyms has let unit four, which is circa 10,300 sq ft, on a 10-year lease.

The site’s owner, Stephen Jacobs, who is a consultant for Morris and Son, said: “Morris & Son was our family business and one of a number of food companies located in this area, next to the former wholesale food market on Pontefract Lane.

“We built the first unit in 1993 and as we grew our operations, we built a further three units in 1995. When I sold the company 17 years ago, we maintained a great relationship with the new owners who continued to lease all four of the warehouses until their recent move.

“Gent Visick was able to advise us on the best course of action and brought numerous opportunities to us for consideration and I’m very pleased that all of the units are now occupied with a variety of businesses all keen to benefit from the accessible and secure location.”

Director at Gent Visick, Paul Mack, said: “Sefton Park forms part of the wider Cross Green and Aire Valley region in Leeds, which is one of the prime industrial and logistics locations in Leeds and the West Yorkshire region.

“After Morris & Son announced it intended to relocate to new premises, and on the basis that all four leases expired on different dates, our client needed strategic advice on the disposal of the premises. We are therefore are delighted to have concluded all four transactions in a very short timescale.”

West Yorkshire is moving into Tier Three restrictions to combat the growing spread of coronavirus. The region will move into Very High restrictions from 00.01...
Read more
General News

A new educational programme to develop the next generation of construction talent has opened at The Sheffield College. The Kier Construction Academy offers a two-year...
Read more
Finance

Yorkshire companies are being urged to take part in the nation’s largest SME manufacturing survey which will aim to pinpoint the exact type of...
Read more
General News

West Yorkshire is moving into Tier Three restrictions to combat the growing spread of coronavirus. The region will move into Very High restrictions from 00.01...
Read more
General News

A new educational programme to develop the next generation of construction talent has opened at The Sheffield College. The Kier Construction Academy offers a two-year...
Read more
Finance