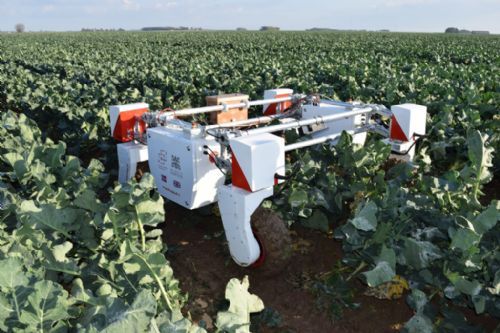 The UK’s first global centre of excellence in agri-robotics research will be created at the University of Lincoln, thanks to a government grant of £6.4m.

Lincoln Agri-Robotics will be established as a major new research centre bringing together world-leading expertise in robotics, artificial intelligence and agriculture, based on the site of the University’s working farm.

The University of Lincoln is already spearheading the development of next generation robots for agri-food production which will help streamline and maximise processes throughout the entire food industry, from farm to fork. This new funding, from the UK Government’s Expanding Excellence in England Fund through Research England, recognises the University’s commitment to supporting farms of the future and will enable its researchers to scale up their work tackling pressing issues facing the global food chain.

The Government’s E3 Fund is designed to support the strategic expansion of outstanding research units and departments in universities across England. E3 focusses only on areas where research excellence already exists, with considerable potential for growth.

Lincoln Agri-Robotics will expand two of the University of Lincoln’s specialist research groups – the Lincoln Institute for Agri-food Technology (LIAT) and the Lincoln Centre for Autonomous Systems (LCAS) – bringing together the groups’ scientists into one specialist organisation. The new centre will fuse robotics and artificial intelligence expertise with that from agriculture and other disciplines such as food manufacturing, engineering, life sciences and social sciences.

Professor Andrew Hunter, Lincoln’s Deputy Vice Chancellor for Research and Innovation, said: “Agri-food is the largest manufacturing sector in the UK – twice the scale of automotive and aerospace combined – supporting a food chain which generates a Gross Value Added of £113bn, with 3.9m employees in a truly international industry.

“It is widely agreed that robotics will transform the food and farming industries in the coming years, as producers adapt to meet significantly increased global demand, but there is still so much research and development to be done. The creation of Lincoln Agri-Robotics is therefore extremely timely and positions Lincolnshire, and the UK, at the leading edge of research innovations in this truly global industry. RAAI technologies will facilitate a step change in agricultural productivity while reducing environmental impact, and this new centre of excellence will be at the forefront of that change.”

Universities and Science Minister Chris Skidmore said: “Pushing the boundaries of knowledge and conquering new innovations are what our universities are known for the world over. This programme led by the University of Lincoln will give the UK another world first in Lincoln’s centre for research into farming robotics.

“The Expanding Excellence in England Fund will support projects throughout England to master new and developing areas of research and industry.

“Made possible through our record R&D spend delivered by our modern Industrial Strategy, the investment will support researchers to develop solutions and opportunities for UK researchers and businesses.”

Research at Lincoln Agri-Robotics will focus on autonomous agri-robots that can efficiently tend, harvest and quality-control high-value crops with reduced human intervention, improving agricultural productivity and environmental sustainability, and addressing the demands of a growing population.

The £6.4million grant will enable the University to establish headquarters for the research centre, develop a state-of-the-art digital infrastructure, create specialist RAAI facilities and strengthen its pool of world-leading robotics researchers by bringing a number of new academic experts to the institution.

This E3 grant funding award builds on other major successes announced in recent months. Earlier this year, the University of Lincoln was awarded more than £6.6million by the EPSRC to establish the world’s first Centre for Doctoral Training for agri-food robotics – which will train at least 50 doctoral students and deliver a massive influx of high-level robotics expertise at a vital time for the agri-food industry. 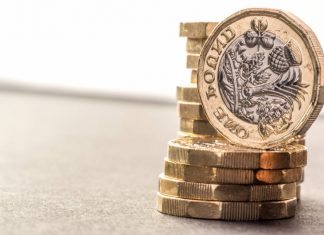