Plans for a new three storey student accommodation building at 431 – 434 High Street, Lincoln have been refused planning permission by the City Council, despite being recommended for approval.

The development would have provided 47 bedrooms with en suite bathrooms. Each floor was to be served by a common room / kitchen and two laundry rooms were proposed at the first and second floor.

The application site is currently occupied by the two-storey Golden Cross Public House, which was built in 1959, which would have been demolished.

“The provision of student accommodation would also improve the social sustainability of the development due to its proximity to the High Street and the diversion of need away from family homes elsewhere within the city.” 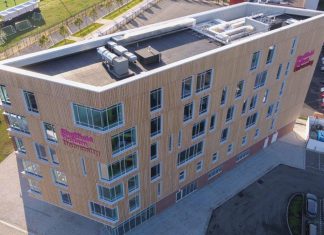