The UK economy has had a stuttering start to 2019, with output in the manufacturing sector plunging to its lowest point since October 2017, according to new research from accountants and business advisors BDO LLP.

BDO’s Manufacturing Index, which tracks business output growth in the sector, fell by 0.23 points to 98.37 in January. Although manufacturing firms have been ramping up their preparations in anticipation of a disorderly Brexit, January’s decline points to an underlying weakness in the sector. It is likely that stockpiling activity has masked an even greater fall in output than is suggested by these figures.

In the month that Theresa May saw her proposed EU Withdrawal Agreement crushed by MPs, UK business confidence also suffered a significant decline. BDO’s Optimism Index, which tracks firms’ expectations of their performance over the coming months, fell from 100.16 to 99.98 in January. This marks a decrease of 2.11 points from January 2018 and is the first time that the index has fallen below 100 since December 2016.

The manufacturing sector was worst hit by the collapse in confidence, with BDO’s Manufacturing Optimism Index falling 0.5 points to 104.4 in January. This reflects concerns raised by manufacturers including Nissan, Airbus and Siemens, who have repeatedly warned that uncertainty around the UK’s future relationship with the EU is not helping companies plan for the future.

The UK’s services sector – which is critical to the success of the economy, accounting for approximately 80 per cent of GDP – also experienced a malaise. At 97.10, output remains well below the long-term average growth rate of 100, despite witnessing a marginal improvement in January.

Peter Hemington, Partner at BDO LLP, said:“Since the EU referendum result in 2016, our indexes show that business output has declined by 2.45 points while confidence has slumped by 2.8 points.

“Manufacturing firms have been ramping up their preparations for a disorderly Brexit, in large part through the stockpiling of imported goods. This has had the effect of inflating activity levels. So the underlying slowdown is probably rather worse than suggested by our headline figures. Stripping out the impact of these Brexit preparations, there is a real risk that the economy will contract in the first quarter.

“It’s too late to do anything about this now.  But a disorderly Brexit would be far worse than the current relatively mild slowdown, possibly disastrously so.  With now just 46 days to go, we are concerned it looks more likely than ever that we will exit the EU without a deal.  We believe that the government should seek an extension to Article 50 as soon as practicable to give itself the time to reach an acceptable Brexit compromise.” 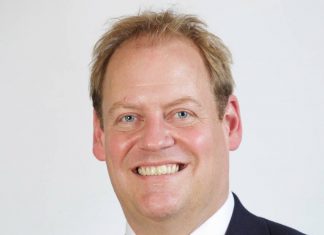 Dominic Cuthbert - 20th February 2020
SevenHills Fabrication, one of the Steetley Corner Group of companies, has completed an investment programme worth more than £1.3 million. The Sheffield company, which has...