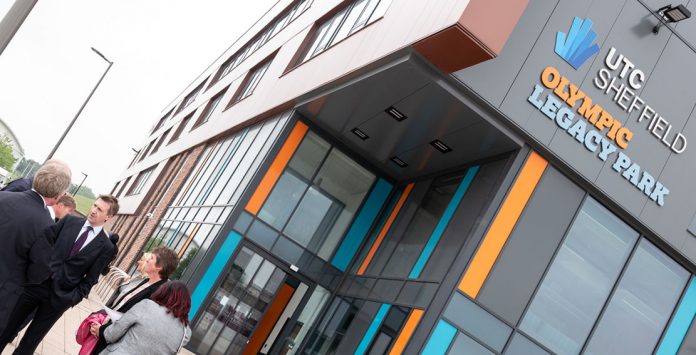 Sheffield City Region Mayor Dan Jarvis says the Government’s announcement of an extra £20bn for the NHS isn’t enough on its own – and that vital work being done in the city is an important part of the nation’s future health.

He believes the Olympic Legacy Park, being created in the former industrial heart of Sheffield, is an important development not just for our region, but for the whole of the UK.

He said: “The root causes of increased demand on our healthcare system are not going away anytime soon. If our country is going to have sustainable and affordable healthcare into the future, we must keep our people fit and well and out of hospital for longer.”

Delivering a legacy from the 2012 Olympic Games, Sheffield Hallam University’s Advanced Wellbeing Research Centre will be the centrepiece of the OLP, translating cutting-edge research into real-world health solutions.

“Once researchers move in, they will work in collaboration with private sector partners to create health and wellbeing technologies which can then be disseminated around the world.

“The OLP will also be part of a wider Global Innovation Corridor, linking sites across the Sheffield City Region that excel in research, engineering and advanced manufacturing – such as the Advanced Manufacturing Research Centre and Doncaster Sheffield Airport,” he added.

“Firmly rooted in the strengths that already exist in the region, this corridor will be a global magnet for people, industry and innovators and a huge contributor to our nation’s prosperity.

“I’m determined to make this Global Innovation Corridor a reality and as Mayor of Sheffield City Region have already been championing it on the national stage.

“I know that the standard of research, of technology and of innovation across our region have the potential to be truly transformational. And when the AWRC becomes a reality, I know that the benefits it brings will help relieve pressure on our NHS for the next 70 years.”